Yarr, there be treasure, mateys! 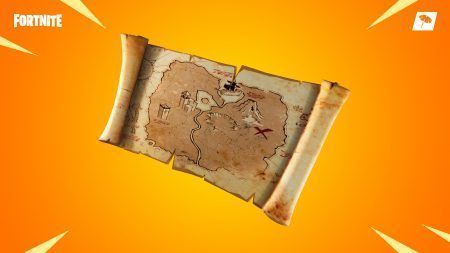 The new v8.01 update for Fortnite: Battle Royale has been released, headlined by the addition of the previously leaked Buried Treasure item and new limited-time mode.

The Buried Treasure maps can be found from Floor Loot and Chests, but only one map can be held at a time.

This new Buried Treasure mechanic is a nice thematic addition for the pirate-themed Fortnite Season 8.

In this mode, friction has been greatly lowered and the maximum running speed for players has been greatly raised, with falling damage removed as well. To help players navigate this slippery mode, they will automatically receive infinite ammo Grapplers.

The new content update also vaulted Bottle Rockets as well as lowered the availability of the Clinger and Infantry Rifles from floor loot and chests.