VP seems to be in need of more time to hone its new roster. 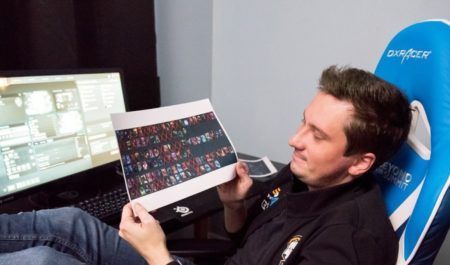 It boiled down to pressure and visa issues as the two reasons why the Russian powerhouse will be skipping the first Dota Pro Circuit (DPC) event of the season.

“Minor qualifiers have revealed our roster’s potential. However, we need time to fully reach it, and additional pressure can only get in the way,” said Virtus.pro General Manager Roman Dvoryankin in a statement.

“Furthermore, problems with Visas were an additional factor, as missing the tournament due to ambiguous timings of our application reviews was a real possibility.”

With VP’s withdrawal from the Minor, Dota Summit 11 organizer BeyondTheSummit Studios has announced that it will be working with Team jfshfh178, who finished third in the event’s CIS qualifier, to secure them visas as VP’s replacement.

VP was one of the two teams that qualified for a spot at the Dota Summit 11 Minor from CIS, alongside HellRaisers, after falling short in the MDL Chengdu Major qualifiers.

Dvoryankin added that missing the Minor is “particularly unfortunate” as VP has previously won three Dota Summits, namely Dota Summits 6 through 8 from 2016 to 2017.

VP also announced that their new lineup’s first LAN tournament will instead be the non-DPC event ESL One Hamburg 2019, to be held from October 25 to 27 in Hamburg, Germany, instead.

“We believe that ESL Hamburg — considering the positive memories we have of this event — will be a great chance for the young players to experience a fully-fledged LAN series. We will decide the roster’s future based on its results,” said Dvoryankin.

With Vladimir “no[o]ne” Minenko and Alexey “Solo” Berezin forming the core of their roster this season, VP signed Roman “Resolut1on” Fominok as their new offlaner while trying out pubstars Egor “epileptick1d” Grigorenko and Vitalie “Save-” Melnic as their new Position 1 and 4 players respectively.

Aside from ESL One Hamburg 2019, VP’s new roster is also set to see action in the ONE Esports Dota 2 World Pro Invitational in Singapore this December.