This is their seventh-straight championship. 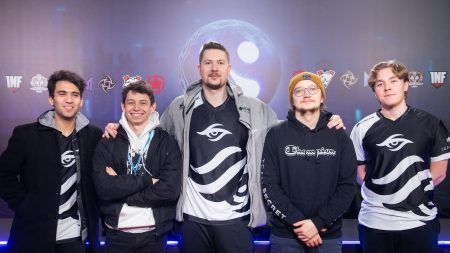 Team Secret soundly swept rivals OG, 3-0, to become the champions of the OMEGA League European Immortal Division and take home the grand prize of US$200,000.

Secret notably dropped only two games in this tournament, the first being to Team Liquid in the group stage and the other to OG in the Upper Bracket Finals of the playoffs.

This victory also marks Secret’s seventh-straight championship and grand finals sweep dating back to May. This is also the second time that Secret swept OG in that span, the first time being at BLAST Bounty Hunt in June.

OG gave up a lot of early kills as they succumbed to Secret’s signature early game dominance, but they were able to take the fight to their opponents behind Yeik “MidOne” Nai Zheng’s superfarmed Sven.

In a pivotal clash at the 36-minute mark, Secret were able to turn OG’s aggression against them and take four huge kills to defend their high ground at the mid lane.

Despite their failed siege earlier, OG maintained their aggressive stance and forced fights around key objectives. Despite the strength of MidOne’s Sven, Secret were able to kite him to win key fights and eventually take the first game of the finals after an action-packed 53 minutes.

Matumbaman notched a series-high 16 kills in the opener, with zai adding in nine kills of his own while Nisha and YapzOr had eight takedowns apiece.

OG didn’t stray from their aggressive playstyle in game two, picking up Troll Warlord for MidOne and a mid Tiny for Topias “Topson” Taavitsainen. Secret countered with Matumbaman on Lifestealer and Nisha on a surprise Outworld Devourer pick.

Nisha’s Outworld Devourer nullified MidOne’s impact in teamfights, as his Astral Imprisonment ability allowed him to either save his allies from the Troll Warlord or lock down the hero itself. With his counterpart being shut down, Matumbaman was free to wreak havoc on the OG lineup.

Secret cruised to a commanding 2-0 advantage in the series in just under 30 minutes of action. Matumbaman tied his series-high of 16 kills and notably had a Rampage while Nisha pitched in with 10 kills, even getting an Ultra Kill in the last fight of the game.

A seemingly desperate OG drafted an unusual tri-core of Faceless Void for MidOne, a mid Sven for Topson, and an offlane Windranger for Sébastien “Ceb” Debs.

Meanwhile, Secret opted for a more balanced tri-core of their own to close out the series with Matumbaman on Lone Druid, Nisha on Ember Spirit, and zai on an offlane Nature’s Prophet.

OG’s flimsy draft folded against Secret’s signature early game dominance, as the former was forced to take disadvantageous fights in a bid to equalize which they expectedly lost.

Secret made short work of their opponents and forced the GG call after just 22 minutes of action. The balanced draft by the champions aptly ended with Matumbaman, Nisha, and zai all notching seven kills to secure the sweep.