They definitely have some big shoes to fill. 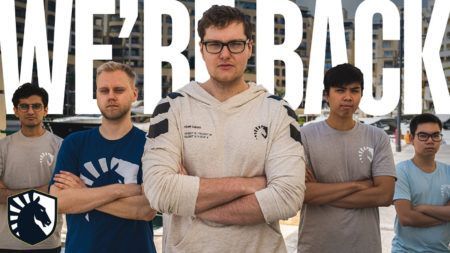 Team Liquid has announced that they have signed the previous Alliance squad as their new Dota 2 roster, which means the team will continue to compete in the stacked European region.

“We really feel like together with them, we can establish something special in the next few years,” said Goossens.

He also emphasized Insania’s role as the team captain, saying, “We really want to make sure that we can enable him with all of his ideas that he has on how to make the most out of this team.”

Insania voiced his admiration towards the previous Liquid members, who decided to part ways with the organization in order to start their own team.

He then talked about how the team initially planned to stay with Alliance but they realized that they needed something new, so they decided to start a new chapter in their lives.

“They kind of made us who we are today. They helped us improve as people, they’ve formed us into a fully proper team, and I will always owe them for that, especially Kelly “kellymilkies” Ong and Jonathan “Loda” Berg” said Insania.

The new Team Liquid squad set their goals on winning big trophies, and qualifying for The International 2020.