T1 seems to be in the midst of a major roster overhaul. 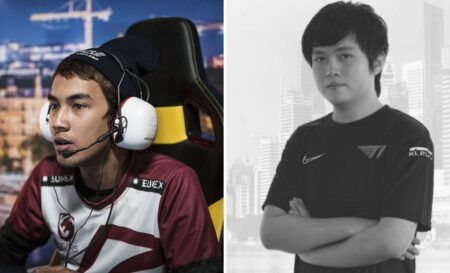 The two players were removed from the team’s roster in the Dota Pro Circuit (DPC) register on October 9, but T1 has yet to issue any statements on any personnel changes aside from Choi “cCarter” Byoung-hoon leaving his post as one of the coaches of the org’s Dota 2 team.

With inYourdreaM being included in the recent announcement of the new Among Us stack, his and poloson’s departure from T1 is all but confirmed.

T1 began an apparent overhaul of its Dota 2 roster back in late July with the departure of team captain Lee “Forev” Sang-don. While he was replaced by Samson “Sam_H” Hidalgo in August, the team’s roster revamp continued with the departures of carry player Galvin Kang “Meracle” Jian Wen and coach Nicholas “xFreedom” Kelvin Ileto Lim in mid-September.

T1 being silent on their recent roster moves may be because the org is gearing up for a major roster overhaul, with an entirely new lineup possibly being announced, in preparation for the restart of the DPC early next year. That, or the org may be leaving the Dota 2 scene altogether after a largely unsuccessful stint.