Sheever, TobiWan, ODPixel and more are coming to the ONE Esports Dota 2 Singapore World Pro Invitational

Some of Dota 2’s best casters and talent will be in Singapore this December. 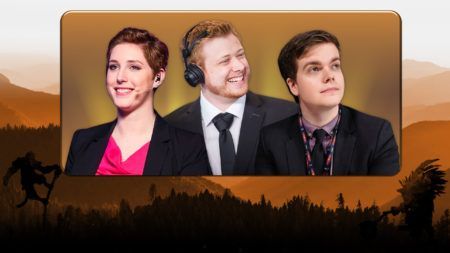 The who’s who of Dota 2 talent will join 12 of the world’s best teams at the ONE Esports Dota 2 Singapore World Pro Invitational.

Jorien “Sheever” van der Heijden will host the event. Sheever is one of the most popular hosts on the DPC and this has been quite a busy year for her. She was the host for TI9, the Epicenter Major, the MDL Paris Major, and DreamLeague Season 11 and 12 and she’ll also host the upcoming MDL Chengdu Major.

Manning the analyst desk are Trent “TrentPax” MacKenzie, Dominik “Black^” Reitmeier, and Austin “Capitalist” Walsh. All three are veterans of the Dota 2 pro scene with multiple TIs, DPC Majors and Minors under their belt.

Toby “TobiWan” Dawson, Brian “BSJ” Canavan, Owen “ODPixel” Davies, and Ioannis “Fogged” Loucas will cast the tournament. The four are among the most respected Dota 2 casters around, with TobiWan notably casting at every single TI since its inception in 2011.

Johan “Weppas” Westberg and his long-time partner-in-crime Rikard “skrff” Holm will be observers for the tournament. Weppas and skrff are widely considered the best observers in Dota and have been behind the scenes at almost every major Dota event for the past five years.

Rounding up the cast will be Lawrence “Malystryx” Phillips and Kyle “Kyle” Freedman, who will be providing player interviews and other Dota-related content.

The ONE Dota 2 Singapore World Pro Invitational will take place on December 20-22 at the Singapore Indoor Stadium, and will feature a total of 12 teams competing for a share of the US$500,000 prize pool.