Here’s how you can throw your opponents off their game with Hustla’s pro tips on how to play Clockwerk. 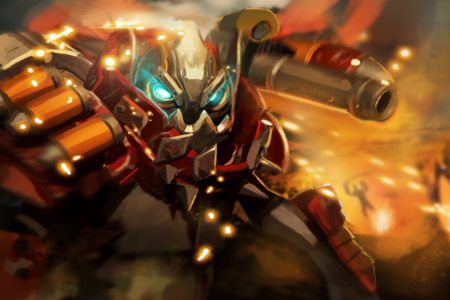 Ravdan “Hustla” Narmandakh is one of the most promising up-and-coming support players in the competitive Dota 2 scene, particularly in the Southeast Asian region. Hustla is also one of the most consistent performers on the Reality Rift roster and has pulled off some of the flashiest plays for his team.

Here are five tips from Hustla himself to help you be more disruptive with Clockwerk:

I like playing Clockwerk when enemy heroes can’t do anything to me, and I’m free to move and mess around.

Clock is a really good choice against slow heroes and ones who don’t like to buy a Black King Bar, Force Staff, or other escape items. Heroes like Dragon Knight, Lina, Elder titan.

You feel uncomfortable playing Clockwerk against heroes like Ember Spirit, Puck, Riki, and Queen of Pain, who have high mobility and can move fast around the map.

If you need a hero who will stay on the front line and wreak havoc, or if your team lacks control type heroes in your lineup, Clockwerk is a good choice.

2. Maximize the use of his Battery Assault

I often max out my Battery Assault because it gives me a lot of kill potential. When I reach level 2, I usually learn Power Cogs, but it depends on which lane you’re on. Sometimes you need to learn Rocket Flare in order to secure last hits or take aggro from natural creeps.

I usually choose to build two Bracers into Blademail and Force Staff that give you high HP, and some high mobility both in early and mid game. In my opinion, having Force Staff on Clockwerk is amazing because you are always on the frontline and absorbing the enemy team’s ultimate spells. Force staff also helps you avoid any dangerous positions the enemy team puts you in.

4. Know who to target

For me, the most important part of Clockwerk is to understand which enemy hero needs to be focused down first during teamfights. This will be your primary task as a Clockwerk player. Also, it is very important to communicate with your teammates, because when you catch an important enemy hero your damage is not enough to kill it in most cases. This means you need to have instant help from your team.

5. Make sure you coordinate with your team

Clockwerk is a strong hero when his teammates are near, and with someone’s help you can secure a kill almost anytime. In pubs, you have to remember to talk to your teammate like, “Yo guys, look at him – we can get a kill. I will stun him for 2-3 seconds, go now!”

Catch Hustla in action today at the ONE Esports Dota 2 SEA League when Reality Rift take on NEW Esports.