Turn your enemies’ magics against them with Xepher’s pro tips on how to play Rubick. 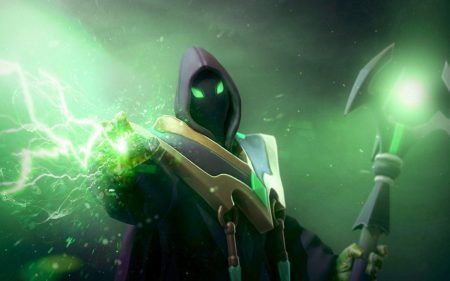 Kenny “Xepher” Deo is the position 4 support player for Geek Fam and is one of the best Dota 2 players from Indonesia. His favorite and most played hero is Rubick, one of the most stylish and skill-intensive heroes to play in the game.

Here are five tips from Xepher himself to help you shine with the Grand Magus:

Rubick can be a very cool hero if you can play him well, it’s the biggest reason why I like playing as him. Whenever I pick Rubick, I’d like my teammates to have heroes like Brewmaster and Centaur Warrunner. Rubick is a very squishy hero so you want to have other heroes on the frontlines that can protect you.

Heroes that make Rubick’s life difficult are those that can easily slip through to the backlines and take him down. Riki and Lycan are the most difficult ones to deal with, I think.

Aether Lens is really good as Rubick’s first core item because it’s very flexible. I think that in almost all situations it’s fine to buy it as your first item because it’s really helpful in getting you in a good position to steal spells. You even can catch people by surprise when you use Telekinesis with it because sometimes they won’t expect the spell’s increased range can suddenly reach them.

Another good thing about Aether Lens is that it gives you some much-needed mana regeneration while also adding to your mana pool. The buildup to it is also really good. You can get Arcane Boots first, then disassemble it so you can use the Energy Booster to build Aether Lens. You can use the Boots of Speed to build either Tranquil Boots or Boots of Travel later on.

Blink Dagger is great as Rubick’s second core item after Aether Lens. But you can get it first when you are against opponents like Puck that are hard to catch or when doesn’t have any stunners or initiators. The best thing about Blink Dagger is that you can safely push lanes with it by casting Fade Bolt on creep waves then just blinking out.

Some people like to build Force Staff as your first core item but I don’t like doing that. It doesn’t really help you in initiating, stealing spells, or pushing lanes. I think that you should only get it as your first core item when you’re up against Riki, Lifestealer, Sven, or Razor, so you can help yourself and your teammates to survive. Otherwise, it’s good as your second core item.

3. Get farm, but remember that you’re still a support

In order for Rubick to get his Aether Lens and Blink Dagger, you of course need to get some farm. But this doesn’t mean you should steal farm away from your carries. Position 4 supports usually get their farm by pushing lanes whenever they have to. Of course the best way to earn gold is by getting kills or assists on enemy heroes or taking down wards.

I tend to play a little greedy if I am close to my core item, because getting Aether Lens or Blink Dagger really improves Rubick’s effectiveness so you want to get them as soon as possible.

However, you have to remember that you’re still playing as a support so you must never forget to buy wards. I think people still depend too much on their position 5 supports for warding and de-warding, but as the position 4 you can still get the Observer and Sentry Wards to help your team. For example, if you need wards to defend your offlaner in the lane, then you must not hesitate to get one. It’s really bad for your position 5 if he has to be the one to go from the safelane to the offlane just to drop a ward.

Some position 4 players don’t know how to place a good ward so here are some things to keep in mind: Ward spots are situational but you generally want them to either defend your cores in the lane or spot out enemies for potential ganks. But sometimes a ward that just sees the opponent’s position can be good enough.

Spell Steal is what really make Rubick a good hero so you have to use it effectively. If you and your team are not looking to fight, just try to steal anything from enemy heroes. It doesn’t always have to be a big ultimate, but at least you’ll have a bonus spell when you do the start the fight.

If the game is a farm fest then try to steal a spell that can clear creep waves, like Lina’s Dragon Slave or Death Prophet’s Crypt Swarm. That way, you can get rich by pushing lanes safely because you just show yourself for a second, take down the creep wave with Fade Bolt and your stolen spell, then disappear.

Finally, for when you and your team are about to get in a fight, you need to understand which spell you need to steal. For example, if you are against an enemy Earthshaker, then Fissure is the best spell to steal. Echo Slam is okay but it’s hard to steal because an Earthshaker can easily cast Enchant Totem before you can steal it. Some spells are also better when Rubick uses it compared to the original owner, like Leshrac’s Split Earth, because you have a very short cast animation.

To get the spells that you want, try to stay in the backlines or the edge of wherever the fight is happening. Be patient, wait for the right opportunity to steal a spell and use it against your opponents. Aether Lens and Blink Dagger really helps with this.

One of the biggest decisions you have to make as a Rubick player is to decide between waiting to steal a big ultimate, like Enigma’s Black Hole, or stealing other spells. I think it depends on the situation. Sometimes you really need to wait to steal that big ultimate, but other times the threat of you stealing that ultimate can be good enough.

For example, when you play against Enigma sometimes it’s better if you can threaten him to not cast Black Hole at all instead of stealing Black Hole from him. If the Enigma can’t cast Black Hole, then we can win the fight because he didn’t use it to try and help his team win. In that case, most likely the Enigma player didn’t want to use Black Hole because Rubick wasn’t dead or didn’t get jumped on. So in the end, we traded Enigma’s unused ultimate for my unused ultimate.

Of course, stealing the Black Hole and using it on the enemy team is still the best and coolest outcome. But if you are not able to steal big ultimates in a fight, then stealing stuns or slows to help get kills is good enough. It’s really a matter of finding the best spell to steal and the right moment to use it.