Kuroky and his squad are back, this time playing under the banner of their own organization. 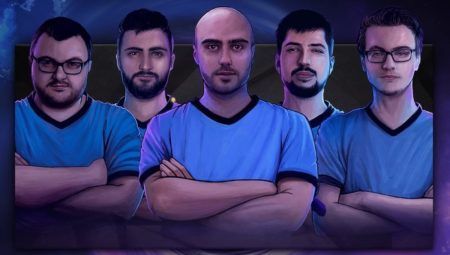 The former Team Liquid roster, led by Kuro “Kuroky” Salehi Takhasomi, has revealed that they will now be playing under the name, Team Nigma.

Kuroky and his squad left Liquid back in September, revealing that they intended to stay together as a team and form their own organization.

While the announcement did not come with any accompanying statements from Kuroky or his teammates, based on Kuroky’s previous statements, Team Nigma should be a fully-fledged player-owned organization.

“It comes with a lot of uncertainty, but we are very ambitious people. It’s been one of my passions that I’ve set aside in the past years due to a lot of circumstances. I hope to continue something now that I’ve planned so many, many years ago,” Kuroky said following his departure from Liquid.

It is expected that Nigma will be competing in the second Major cycle of the 2019-2020 Dota Pro Circuit (DPC) season, with the WePlay! Bukovel Minor running from January 9-12 and DreamLeague Season 13: The Leipzig Major to be held from January 18-26. Kuroky and his squad will more than likely return to action for the Major qualifiers in early December.

They will be entering the field as one of the favorites as Kuroky, Amer “Miracle-” Al-Barkawi, Ivan “MinD_ControL” Ivanov, and Maroun “GH” Merhej notably won The International 2017 (TI7) and finished fourth in TI8. With the addition of Aliwi “w33” Omar late last season, the roster also finished in second place at TI9.