This will hopefully improve the Dota 2 experience for everyone. 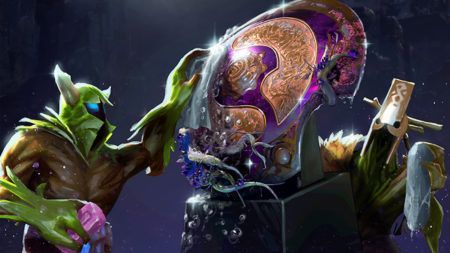 Valve has just announced its new matchmaking ranking system for Dota 2 in the hopes of making the game more enjoyable.

The “experimental changes” include the removal of Solo and Party MMR, which Valve hopes can improve team play as well as the social aspect of the game.

“We think it is really crucial for you to not have a disincentive to play with your friends,” said Valve in a blog post.

With the removal of the Solo and Party MMR system, players will prioritize playing with their friends, instead of focusing on increasing their individual ranking.

The next phase of the update is the new concept of “Core and Support MMR numbers”.

Players will now be asked which role they want to play before the match is formed. Valve has decided to move the Ranked Roles feature to the base Ranked matchmaking and expand on its capabilities. Players will now be able to select roles from position 1 through 5 (Safe Lane, Mid, Offlane, Support, and Hard Support). Then players will be matched based on either their Core or Support MMR, while each MMR type will have its own leaderboard.

These new experimental changes will remain active for the rest of this season. After The International 2019 concludes, Valve will issue a call for community feedback to help guide the new steps to improve matchmaking quality for all players.

Valve has also decided to split the “Summer Scrub” update into two parts due to potential instability. The first part is the matchmaking rework, while the second is for bug fixes and a few quality of life additions.

The developer to have plenty of matchmaking-related bugs to work through, so it is asking for patience and for players to report any issues that arise with the new experimental patch.