Invictus Gaming is on its way to LA. 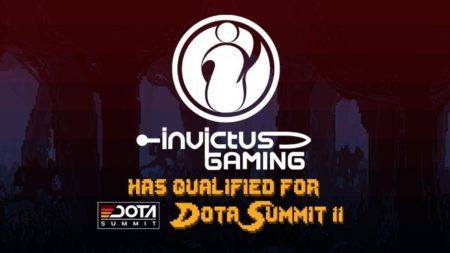 The competition was fierce over at the Chinese Regional Qualifiers, but Invictus Gaming (iG) was able to beat the competition and is now en route to the Dota Summit 11 Minor, which is set to take place on November 7-10 in Los Angeles, California.

Invictus Gaming made quick work of their first opponents, Newbee. Their first match ended just 27 minutes in, while the following game only lasted 15 minutes, with iG completely shutting down Yin “Aq” Rui’s Alchemist.

Next, iG was able to defeat CDEC Gaming during the upper bracket finals, where they were able to counter pick Guo “Xm” Hongcheng’s Templar Assassin with Zhou “Emo” Yi’s Huskar pick during game 3.

CDEC eventually found their way into the grand final after defeating Newbee during the lower bracket final. But, iG proved to be the better team, narrowly defeating CDEC 3-2 in a five-game thriller. Emo was able to secure his team the fifth game once his Phantom Lancer farmed a Heart of Tarrasque.

The Dota Summit 11 event will be the first Minor of the 2019-2020 DPC season, in which teams will compete for their share of the US$300,000 and 660 DPC prize pool, and where the event winner will receive a direct invite to the MDL Chengdu Major.