Will Chaos pick up a new squad? 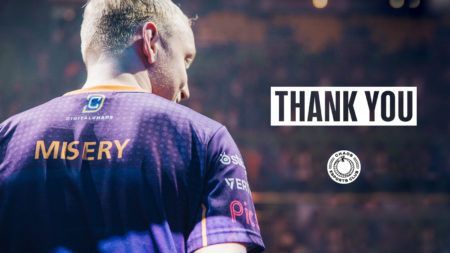 Chaos Esports Club’s Dota 2 squad, a team that played at The International 2019, is no more.

With the disbandment, Chaos Esports Club will also release Rasmus “Misery” Filipsen into free agency. Chaos Esports Club CEO, Greg Laird said that Misery had “personally contributed” to the growth of Chaos’ Dota 2 since the beginning.

The announcement comes as a complete shock to most Dota 2 fans, especially as the team was able to enter TI9 after winning the European regional qualifiers. However, the team struggled to find success during the group stage of TI9 and were eliminated before the Main Event.

It is also important to note that after TI9, some of Chaos Esports Club’s members have moved on to different teams caused by Dota 2’s roster shuffle. vtFaded signed with Chinese organization EHOME at the end of September, while KheZu joined Swedish Esports organization Godsent in August.

Back in late August, MATUMBAMAN announced on Twitter that he will be taking a break until the second Major of the 2019-2020 DPC season, which is the DreamLeague Season 13 set on January 18-26.

There is no word whether Chaos Esports Club will continue with their Dota 2 division but it will be interesting to see which players the organization signs in the future.