BOOM Esports’ Dreamocel: ‘You need to go all-in, feel every loss, and learn from them’

The Position 1 player shares with us his rough start in pro Dota 2 and his thoughts on the SEA pro scene. 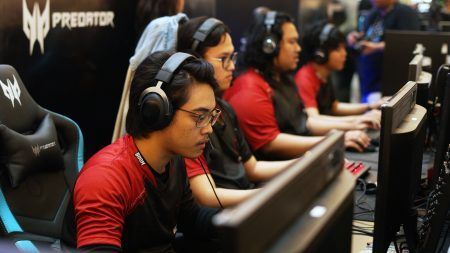 ONE Esports: What’s the current state of Dota 2 in SEA?

Dreamocel: I think it’s stable at the top with Fnatic and TNC Predator clearly the best two teams, but after that, it’s wide open. The third-place team is always changing, which means there’s a chance for every team to do well.

Does SEA Dota have a particular playstyle or meta that defines it?

Yeah, I definitely think each region has its own playstyle. SEA is unique because it’s made up of so many different countries, and they each play their own way. Overall though, I’ve noticed that SEA teams try to counter the lane and then snowball from there.

Do you think it’s easier being a pro Dota player in SEA compared to some of the other regions?

For me, it was pretty rough. I started out on Boom’s first Dota roster, back in January 2017, and back then the roster was really unstable. We really depended more on mechanical skill than team play, and the losses at first were really hard. Now we understand how the team game works, so it’s better, but the first few years were definitely rough.

If you want to succeed as a pro player, especially in SEA, you need both the mechanical and mental skills, and you really need to commit to going all-in. You might lose a lot at first, but you need to feel every loss and learn from them.

What’s your daily routine as a pro player?

Every day, I wake up at 9 a.m., head to the gym for an hour or two, and then take a shower and eat breakfast. After that, I start playing pubs or watch game replays until about 1 p.m. After that, we scrim for the rest of the day. If we’re playing a tournament, we ramp up scrims and video replays about two to three weeks beforehand.

What do you look for when you’re watching replays?

I’m generally trying to study how each team moves together as a team, when and where they like to rotate to, and where they play on the map at certain times. I’ll look at what they do if they’re losing the laning stage, what strategies they like to use when they win, and why they do certain things.

What’s the most important advice you can give to an aspiring Dota 2 pro?

Stay fit and take care of your physical and mental health, because even if your skills and strategies are the best, if you’re sick or mentally exhausted they don’t mean anything.

What do you do to take care of your mental health?

I try to prevent burnout by playing other games, or really just doing anything that isn’t Dota to take my mind off it for a bit. The team actually brought in a sports psychologist a few times to help us out here.

At the top level, everyone in Dota is mechanically-gifted, so in pro play, it really comes down to mind and mental games. If you’re burned out or exhausted, the game is going to be really hard, so it’s important to rest and keep your mind sharp.

READ MORE: Virtus.pro’s Solo: ‘It’s time for us to seriously rethink everything’