Virtus.pro’s Solo: ‘It’s time for us to seriously rethink everything’

What changes does Virtus.pro need to make? 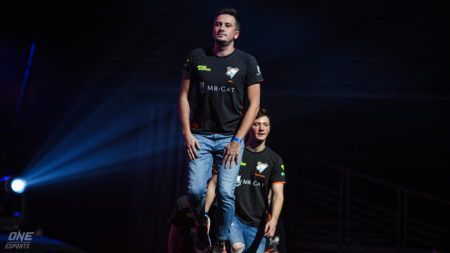 After Virtus.pro’s devastating loss to Team Liquid in the first round of the lower bracket, their team captain, Alexey “Solo” Berezin, had a few words to share about the future of the team.

“Anything can happen in a best-of-one,” said Solo. “We played till the end and did what we could, but made a terrible mistake in the end.”

Solo then added that it was time for the team to “seriously rethink everything” and that the team will be looking to change as the tournament was “a failure by us.” He finished by thanking the fans for their support and promising that the team would improve and everything would be okay.

The current 2019-2020 Dota Pro Circuit season for Virtus.pro has been a disaster for the CIS squad. They’ve just been eliminated from the DreamLeague Season 13: Leipzig Major and finished in 13th-16th place, which secured them 100 DPC points. In comparison to their previous DPC season, they won the first Major of the season in Kuala Lumpur, then finished in second place during the next Major in Chongqing.

The team has struggled since the start of the season by not qualifying for the Chengdu Major as well. They were also unable to participate during the DOTA Summit 11 Minor due to visa issues.

Virtus.pro still has half the season to turn things around and make a run to secure a TI10 direct invite. But time will tell if they plan to move forward with the same roster since Solo did hint that they would be making some changes.