Alliance has recruited some scary sharks. 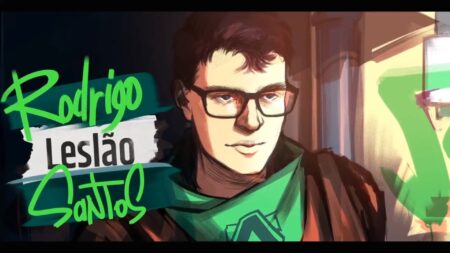 After releasing three members of the team in October, Alliance has revealed its Dota 2 roster for the upcoming DPC 2022 season, which includes offlane juggernaut Rodrigo “Leslão” Santos along with Ondřej “Supream^” Štarha and Adam “Aramis” Moro.

Alliance had an impressive performance during the DPC regional leagues but struggled when it came to offline events. Alliance placed 9-12th at The International 10 (TI10), taking home US$ 800,400.

Handsken will lead Alliance while Leslão joins as the offlaner

Besides adding three new members to the team, Alliance has also shifted the role for Simon “Handsken” Rasmus Haag who previously played as the team’s soft support.

Adam “Aramis” Moroz will be taking over as the play-making support for the team, a role he has mastered with Rubick and Earthshaker.

Moving forward, Handsken will be the team captain as well as the hard support for the team. Handsken has a big task ahead of him.

Ondřej “Supream^” Štarha will be the team’s new midlaner. Supream^ has been in the competitive Dota 2 scene since 2017. He has an impressive record in multiple tier-three tournaments but this will be his biggest opportunity yet with Alliance.

The other remaining player from the TI10 squad will be Nikolay “Nikobaby” Nikolov. Nikobaby popularized the “playing like a shark” playstyle for the carry role. Nikobaby focuses on making space for his team and feasting on enemy heroes as much as creeps.

All eyes will be Leslão to see how he handles working with a new team in a new region. After playing with several teams in South America and Quincy Crew in North America, Leslão is crossing the ocean to Europe in search of the best team possible.

The team will be competing in Division I of the Western Europe DPC. Time will tell if the new squad will be sharks or if they will be the prey.