Is Abed the best Puck in the world right now? 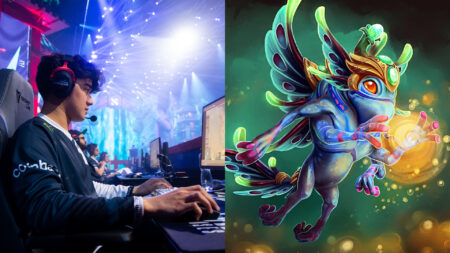 Evil Geniuses midlaner Abed “Abed” Yusop had his best Puck performance at the WePlay AniMajor Playoffs so far. The Filipino star midlaner carried his team to victory with a 9/1/14 KDA finish against Vici Gaming during the final game of their series.

The North American powerhouse squad have been on a roll in the Lower Bracket, eliminating NoPing e-sports, TNC Predator, Team Nigma, and Vici Gaming from the WePlay AniMajor.

Abed and the rest of EG look to continue their hot streak against T1 during their Lower Bracket Final match later at 9:00 p.m. GMT+8.

Abed is a Puck god

Evil Geniuses and Vici Gaming’s Lower Bracket Semifinal match went down to the wire with both teams needing one more win to advance. This was when Abed took it upon himself to take over.

Abed was always active around the map and even had amazing reads against Vici Gaming’s core heroes, who were trying to cut creep waves that would have stopped EG’s tower pushes.

It was during team fights when Abed shined with his Puck. Since Vici Gaming were so focused on taking down Artour “Arteezy” Babaev’s Terrorblade, Abed was able to deal massive amounts of hero damage that gave Evil Geniuses the upper hand. Abed even outdid Arteezy’s hard carry Terrorblade, dealing 36,300 total hero damage against Vici Gaming in game three.

The North American squad had an insurmountable gold lead, which they used to purchase multiple Linken’s Spheres and Lotus Orbs that took Vici Gaming’s Doom out of team fights.

Will Evil Geniuses break the second place curse at the WePlay AniMajor?

Evil Geniuses have found themselves in a situation where they could finish in second place at another major Dota 2 event. They have secured their direct invite for The International 10, but it seems that the team’s main motivation is to break their second place curse right before they travel to Stockholm, Sweden.

For those unfamiliar, Evil Geniuses have been finishing in second place since 2014. They finished second during ESL One Frankfurt 2014, ESL One New York 2014, The Summit 3, ESL One Frankfurt 2015, StarLadder i-League StarSeries Season 1, EPICENTER 2017, MLD Macau 2019, ESL One Birmingham 2019, ONE Esports Dota 2 World Pro Invitational Singapore, DreamLeague Season 13, and ONE Esports Singapore Major. 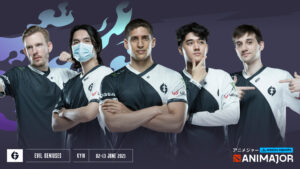 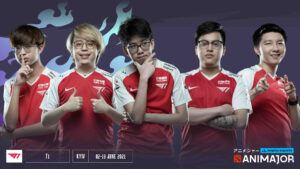 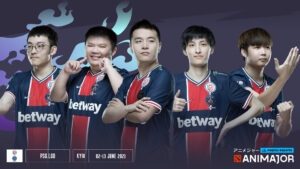 PSG.LGD is another team that have been dominating the WePlay AniMajor. Starting from the Group Stage, they have remained undefeated as they made their way into the Grand Final after defeating T1 2-1.

Will the best Lower and Upper bracket teams clash in the Grand Final of the WePlay AniMajor? Or will T1 spoil the party and win their first-ever DPC Major tournament?