The ONE Esports Warzone Showdown returns on 10/10

12 celebrity streamers will battle it out for US$5000. 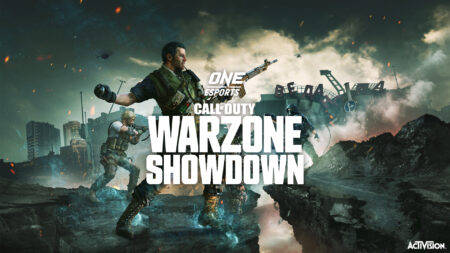 12 celebrity streamers from Indonesia, Malaysia, Philippines, and Thailand will battle it out in a series of live Warzone matches. Each streamer will lead a handpicked squad as they battle to see who can rack up the most eliminations.

Teams will earn one point for each elimination while the winning team will be awarded an extra three points.

Each streamer will be ranked based on the total accumulated points for their respective matches and will not compete with streamers in other brackets.

The team with the highest eliminations during the single-day event will emerge as the champions and clinch the lion’s share of the US$5,000 prize pool.

The ONE Esports Warzone Showdown will be streamed live on ONE Esports’ Facebook, Twitch, and YouTube channels.

READ MORE: Watch Myrtle Sarrosa gun down a helicopter at the ONE Esports Warzone Showdown