Time to find out more about the Voidwalker. 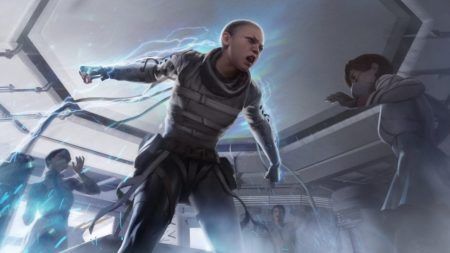 When one reality-warping Wraith is not enough, how about a few more?

Respawn’s popular battle royale game Apex Legends has just released a new trailer for its Stories from the Outlands series, and this time, the spotlight is on Wraith, the star of the new Voidwalker event.

The trailer is the second origin story Apex Legends has released for a Legend, who are characters players use in the game.

The trailer shows Wraith on a covert mission inside the lairs of the Interstellar Manufacturing Corporation when she bumps into someone that needs help: herself.

It turns out that her reality-warping abilities let her listen in on multiple versions of herself from parallel universes, who she hears in her head. After an action-packed sequence, the new Wraith switches place with the previous and finds herself in the Apex Games.

Apex Legends has released only a couple of Stories from the Outlands origin trailers so far — one for Wattson and now one for Wraith.