Arena of Valor has 100M daily active players in China 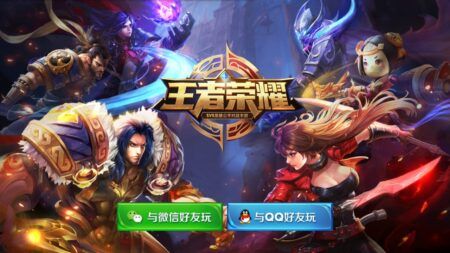 Wangzhe Rongyao or Honor of Kings, the original Chinese version of Arena of Valor, has reached an average of 100 million active daily users, according to developers, Tencent.

For comparison, League of Legends’ daily player count peaked at 8 million back in 2019 while Mobile Legends: Bang Bang had a 75 million monthly player count last year, which averages to about 2.5 million players per day according to Moonton.

Honor of Kings is massively popular in China, evident not just in its player statistics but also in its healthy esports scene. Some of the world’s most popular K-pop idols even stream the game catered especially for their Chinese fanbase.

Honor of Kings made its debut back in November 2015 on Android and iOS by developer TiMi Studios, the same studio that worked with Activision to create Call of Duty: Mobile.

The mobile MOBA actually shares an interesting story with Riot Games, the creators of League of Legends. Back in 2015, Tencent made a proposal to Riot to port League of Legends on mobile, which Riot rejected.

As a result, Tencent created a new game called Wangzhe Rongyao, which instantly became a huge hit. It was released in China first and would later on launch globally as Arena of Valor (AoV) or Realm of Valor (RoV) in Thailand.

READ MORE: Ultraman is coming to Arena of Valor