Where to read Goodbye Eri, a one-shot manga by Chainsaw Man’s Tatsuki Fujimoto

A must-read for Chainsaw Man fans!

Similar to Fujimoto’s previous one-shots like Look Back, the manga looks to discuss sensitive topics such as death and the mourning of loved ones.

If you’d like to know more about Goodbye Eri, here’s where you can read Fujimoto’s latest manga for free. 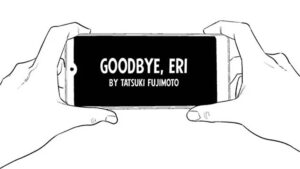 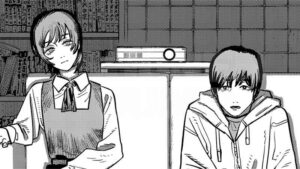 The full story of Goodbye Eri is currently available for free on the VIZ Media website.

For those who are still new to Fujimoto, you can get a feel for the manga artist’s storytelling and unique art style with the one-shot manga.

The 200-page manga follows Yuta, a middle school student who films his everyday life with his sickly mother. The young filmmaker then compiles his footage as a documentary for a school event, but things turn awry when teachers and fellow students find his work quite disturbing.

If you happen to like Fujimoto’s latest story, you can also check out our guide on where to read Chainsaw Man here.

When’s the release of the Chainsaw Man anime and manga?

The anime adaptation is confirmed for an October 2022 release according to an official Chainsaw Man stream on August 5.

The second arc of the manga is confirmed for an early Summer 2022 release and will be serialized in Shonen Jump+.