Get to know the angsty highschooler. 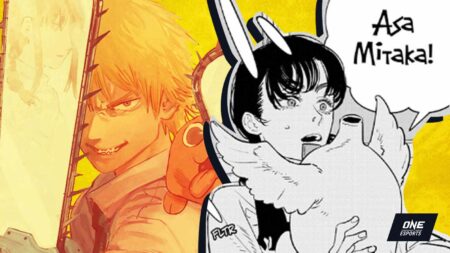 Shonen Jump has officially begun serialization of Part 2 of the Chainsaw Man manga, with author and illustrator Tatsuki Fujimoto adding a twist to his horror-comedy story.

If you’d like to know more about the fresh face, here’s a detailed introduction to Asa Mitaka in Chainsaw Man, including her background story, personality, and first appearance in the manga.

Warning: Major spoilers if you haven’t read chapters 98 and 99 of the Chainsaw Man manga.

Who is Asa Mitaka in Chainsaw Man Part 2?

Asa Mitaka is the main character of Chainsaw Man Part 2. Following the events of the Public Safety arc, the character lives in a world where people have a newfound interest in devils, sentient creatures that manifest from human fears.

Asa distances herself from her high school class when their teacher, Mr. Tanaka, brings in a Chicken Devil nicknamed Bucky. Tanaka says that, in three months, the class will kill and eat Bucky to learn about how precious life is. Asa initially hates the harmless pet because her parents were eaten by a devil.

Three months pass and the students request to keep Bucky alive since he’s become their beloved class pet. Tanaka rejoices in the class’ realization and ends the session with a celebratory soccer game.

Realizing that she actually enjoys their company, Asa hurries to the pitch with Bucky in her arms, but accidentally falls on her face and crushes the devil. Feeling guilty about the tragic incident, she goes home to cry in her bed.

After calling her classmate a “goody two-shoes”, the class president explains that she’s been having sexual relations with Tanaka even though he actually likes Asa. Looking to get her revenge, she made a contract with the Justice Devil, who told her to trip Asa while she was holding Bucky.

As the Justice Devil executes her, Asa is oddly relieved by the truth, but feels that she should’ve lived a better life. Now dead on the sidewalk, she is approached by the War Devil, who takes over her body to keep her alive. 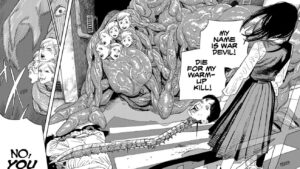 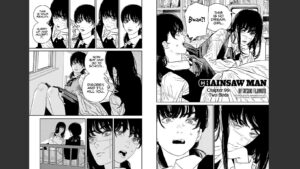 The War Devil reassembles Asa’s body, forming scars on the student’s face. The devil is able to create weapons out of anything it touches. After turning Tanaka’s spine into a sword, it kills the Justice Devil with a grenade made out of the opponent’s hand.

The next day, Asa wakes up next to the War Devil, appearing as a hallucination of her scarred self. The War Devil explains that she died last night and it claimed her body.

Fujimoto has yet to clarify if Asa is a fiend or a hybrid, but chapter 99 mentions that she is able to have her own consciousness because the War Devil kept half of her brain intact. 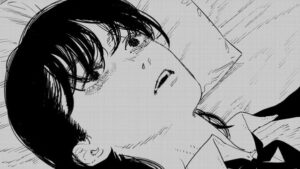 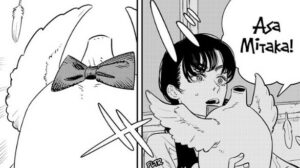 Asa Mitaka is initially lonesome and unsociable, but shows her more joyous side when she was briefly accepted by Bucky and her classmates.

After merging with the War Devil, Asa becomes more self-aware and vocal about what she wants. Instead of going along with the devil’s chaotic behavior, she often stands her ground and denies requests in a bid to reclaim her regular life.

Asa appears in the first chapter of Part 2 (98) which depicts how she became one with the War Devil.

All 97 chapters of the Chainsaw Man’s first part, the Public Safety saga, are officially available on the VIZ Media website. You can read the first two chapters of Part 2 for free on VIZ Media. New chapters will be available every Wednesday.