The beginning of an empire. 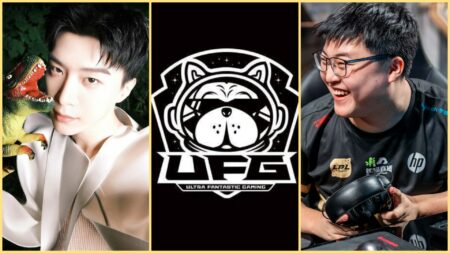 He co-founded it alongside 21 year old Chinese celebrity Fan Chengcheng, a Mandarin singer, rapper, and actor who is part of boy group “Nine Percent”, as well as Yuehua Enteratinment’s “NEX7”.

The announcement was made on UFG Esports Club’s official Weibo account, accompanied by a recruitment exercise for League of Legends: Wild Rift.

UFG Esports Club is currently looking for professional Wild Rift players to form a brand new team, and is here to “give you the opportunity to make your dreams a reality”, it wrote on Weibo.

According to the poster, they are accepting applications from players with achievements across three different games based on these requirements:

In addition, applicants should be at least 16 years old, and be prepared to adapt to a high pressure esports environment and lifestyle which will include livestreaming.

After hinting at a return to pro play soon, is Uzi on a new esports career path?

READ MORE: Uzi hints at a return to pro play after 2021 Summer Split