Yay knows talent when he sees it. 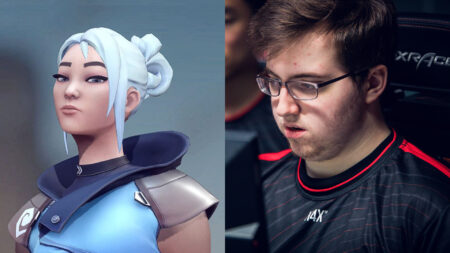 These four players were shared by yay in an exclusive interview with ONE Esports during the VCT NA Stage 3 Challengers Playoffs, ranked in no particular order.

The first player yay listed was Sentinels’ Tyson “TenZ” Ngo, who is widely regarded as the best player in professional Valorant today.

Yay believes he himself is one of the best Jett players in the North American region as well.

As for the final two on his Jett tier list, yay named both TSM’s Matthew “Wardell” Yu and FaZe Clan’s Andrej “babybay” Francisty as players he wanted audiences to take note of.

“I’m split between babybay and Wardell, because I think Wardell plays Jett on the Operator really, really well. I also think babybay is really crazy as a Jett player — he just sends it,” yay explained.

Wardell played a pivotal role in TSM’s resurgence in the North American Valorant scene, and helped the team qualify for the VCT NA Stage 3 Challengers Playoffs. He had an impressive 254.7 ACS and a 19/12.4/2.6 KDA.