These are the best unlockables from the Valorant Episode 2, Act III Battle Pass

Ready to spend those dubloons? Are you ready for Act III?

Riot promises a wild adventure with the soon-to-drop Episode 2 Act III Battle Pass. Alongside the reveal of a brand-new map called “Breeze,” the accompanying themed battle pass is made up of fantastical and underwater skin sets alike, chill weapon buddies, meme-worthy sprays, and picturesque player cards that you’ll be wanting for your collection.

Here are some of the highlights of the pass that we’re particularly looking forward to:

The crown jewel of any battle pass is its weapon skins, and we’re happy to note that Act III doesn’t disappoint. There are three new skin sets coming your way: Depths, Lightwave, and Songsteel. 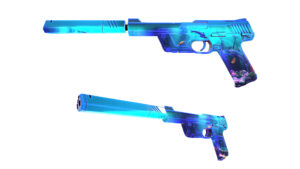 The Depths set is a scenic design, similar to the Nebula and Horizon skins. Depths depicts the boundless ocean floor, complete with fish, coral, and seaweed, and even sunken treasure. As its name suggests, this is the skin set for the explorer at heart, ready to traverse the unknown. It comes with skins for your Ghost, Bulldog, Stinger, and Vandal. You’ll be wanting to use the Depths weapons for your first game on the Breeze map. We’re just a tad disappointed it doesn’t come with a shark animation to intimidate opponents or anyone who’s looking a little too closely. Lightwave is the customizable skin set of the bunch, with green, blue, red, and black unlockable variants for your Frenzy, Bucky, Sheriff, Phantom, and Odin. These skins are characterized by solid-colored bases and frenetic neon finishes, for the cool yet not too outlandish player. Finally, there’s the polished Songsteel set, which high fantasy fans and magical folks will appreciate. In keeping with the nautical theme, this set also creates the illusion of a fancy harpoon, specifically for the Marshal. It comes with skins for the Classic, Guardian, Marshal, and Melee weapons. Anyone out there keeping track of Valorant’s lore? What we like about the player cards is that they sometimes reveal a little bit more about the agents’ relationships as well as their detailed backstories.

The upcoming Act’s Battle Pass comes with a fun Epilogue player card titled “Mementos,” which depicts some of our favorite agents in casual wear, off on what appears to be a well-deserved vacation. We’re already predicting the casual cosplay possibilities, and maybe Riot can come up with skins or merch in the future.

There’s also an intriguing “Versus” player card that shows Reyna and Viper. And there’s a “Bloodline” player card that depicts who we can only assume is Yoru’s ancestor as a Shogun. With the consistently beautiful artwork, we think this is the best set of player cards Riot has released yet. The weapon buddies for the upcoming Act continue with the red-and-black items, this time adding a backpack, lock, and a pair of dice. The must-haves though, are the “Boba” buddy (for an especially refreshing Valorant session), the “Ancient Mysteries Revealed” buddy which follows the underwater theme, and the mystical Songsteel buddy. While, for the sprays, our favorites are “This Is Also Fine,” which shows a chibi Raze defusing the spike as her immediate surroundings burn to a crisp, and “Walk, Don’t Run,” which is sound advice for any player, as you’ll all well know.