Shroud has high hopes for Valorant. 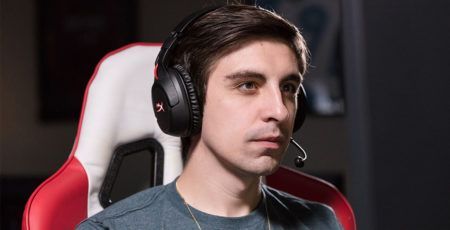 Michael “Shroud” Grzesiek recently shared his thoughts on Riot’s new tactical shooter, Valorant, and how it compares to CS:GO.

While streaming on Mixer, Shroud was asked if Valorant could overtake Counter-Strike.

Shroud also believes that Valve is feeling the pressure from Valorant, and that’s the only reason Valve has recently started rolling out updates for CS:GO.

“They had no competition for years and they did nothing or years. As soon as a Valorant closed beta comes out, they start pumping out updates,” said Shroud.

Shroud also said that his former CS:GO teammate, Tyler “Skadoodle” Latham, believes Valve will release the Source 2 engine soon and that CS:GO will go through a major overhaul this summer, which is incidentally the same time Valorant is set to officially release.

Valve’s Source 2 engine is being used in the company’s major titles like Dota 2 and Half-Life: Alyx. But CS:GO is still currently running on the first Source engine. If what Shroud and Skadoodle predict are true, this will certainly shake up the competitive FPS landscape moving forward.