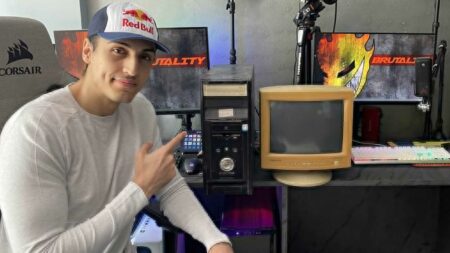 Ankit “V3nom” Panth is on a mission to show esports athletes they can achieve anything they put their minds to. After over a decade playing Counter-Strike, he decided to challenge himself by making the switch from CS:GO to Valorant.

As a role model to India’s growing esports scene and one of the country’s most recognized CS:GO pros, the 32-year-old veteran has shown that while tackling a new competitive esport is a daunting task, it can be overcome with hard work and the right mindset.

V3nom had to learn new mechanics and tactics in Valorant

Since the launch of Riot’s tactical FPS, countless professional CS:GO players have migrated to Valorant in search of greener pastures. In fact, Riot Games’ competitive first-person shooter was dominated by former CS:GO pros when it first came out, largely owing to the similarity between the two games.

But what most fans don’t realize is that a CS:GO background doesn’t necessarily guarantee an advantage in Valorant.

While they are both tactical shooters, Valorant is still a brand new game. V3nom knew that he needed to forget everything he learned from CS:GO, because Riot’s shooter had its own set of strategies and mechanics.

The biggest difference between the two is the wide variety of agents in Valorant. Players do take on different roles in Counter-Strike as well, but all players can buy the same utility and adapt to what the team needs in a specific situation.

Valorant’s unique cast of characters, on the other hand, determines each player’s role, and their abilities mean that each agent can only execute certain tasks. For example, if a team doesn’t have a controller agent, or if their controller has already been taken out, their entry-fragger will have trouble entering sites without smokes to block off key sightlines.

At the highest levels of competition, players who master each agent’s abilities can use them creatively to gain the upper hand against their opponents.

V3nom started out as an entry-fragging duelist in Valorant, but eventually transitioned to a support role as his team’s controller to better help them succeed. With years of competitive experience under his belt, V3nom ended up being an anchor for the Meliora 42 Esports roster.

The Valorant meta at the time required every team to have an Astra player because of the agent’s versatility, and V3nom excelled in his new role. He still occasionally pivots to playing Mexican duelist Reyna though, when M42 Esports wants to surprise their opponents and give him the stage he needs to show off his mechanical talent and raw aim.

V3nom and M42 Esports have their sights set on the upcoming Valorant Conquerors Championship Stage 2 qualifiers, which are scheduled to take place sometime in May.