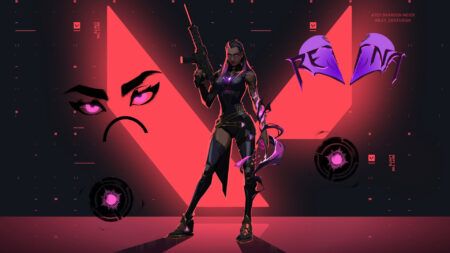 You may want to reconsider picking Reyna in your next competitive ranked match because she just got nerfed hard.

In Valorant patch 2.03, Riot has decided to nerf Reyna “in hopes of reigning in some of her pubstomp potential.”

Reyna’s Devour and Dismiss charges have been reduced from 4 to 2, along with an increase in their price from 100 to 200 credits.

Reyna mains often have a huge impact in rounds because she is an agent that can start a snowball effect, in which she wins an aim duel and returns to full health with her Devour. She can even avoid being traded in skirmishes because of her Dismiss.

Reyna is even more impactful in pistol rounds, where it’s more difficult to kill multiple targets using pistols. This is why it is usually devastating to die against Reyna, as she can regain her health and shields.

This is also one of the reasons why Riot has decided to nerf the Frenzy by increasing its cost from 400 to 500 credits. Riot wants Reyna mains to have tougher economic decisions during pistol rounds moving forward.

It isn’t all bad news for Reyna mains though, because she did get a slight buff with regards to her Soul Orbs, the purple glowing orb after she gets a kill. Now, slain enemies that Reyna has done damage to in the last three seconds will drop Soul Orbs, even if Reyna does not land the killing shot.

This also means Riot wants Reyna mains to play together with their teammates, in terms of being an entry fragger or when defending. Pushing out on your own on Defense or going for Lurk plays will always be risky decisions. This is why it is best to coordinate with your teammates for better results, especially with these new Reyna changes.

With her Devour and Dismiss heavily nerfed, this adds more value to Reyna’s Empress ultimate which allows her to automatically heal up after each kill. Riot envisions Empress as the best way for Reyna mains to get their 1v5 dream, and not by constantly using Devour to become a Valorant raid boss.

Valorant’s 2.03 patch also includes technical buffs for Yoru which allows him to see the active range at which the tether can be seen and heard by enemies moving on the map. They’ve also enabled his minimap when he’s in his Dimensional Drift ultimate. Enemies Yoru detects while in his ultimate will now be revealed to his allies’ minimap as well.

There’s also the Stinger nerf with the weapon’s increased price from 1,000 to 1,100 credits. Its fire rate has, likewise, been reduced from 18 to 16. If you’re curious to see the weapon in action, here’s Michael “Shroud” Grzesiek using it in the new Escalation game mode.

Lastly, players who go AFK for at least 6 rounds will now receive an 8 point rank rating penalty in competitive matches.