Team Mirage’s group of ex-CS:GO pros had a 39-8 total round score after three Group Stage matches. 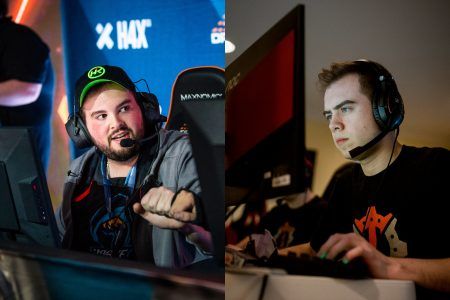 Credit: DreamHack and Beyond the Summit

Hiko showcased his superior aim against the Rainbow Six squad by getting four quick kills, which helped his team win a round in just eight seconds.

AZK then further demoralized their opponents by clutching a crucial round with four kills of his own, including an insane flick shot with his Phantom.

Team Mirage continued to dominate Group A by destroying Overwatch’s Team Heroes lineup with a 13-2 final score on Haven. AZK also displayed his amazing spray control on the Vandal that stopped Team Heroes’ aggressive push on the C Site.

Team Heroes was later able to bounce back from their devastating loss to Team Mirage by defeating Team Six, 13-9. Gale “GaleAdelade” Adelade and Brian “Kephrii” St. Pierre won the final round with a clutch Spike defuse after both players landed key Operator sniper rifle shots.

With their first and second-place finishes in Group A, Team Mirage and Team Heroes advance to the Semifinal of the Playoffs.

The ESPN Esports Valorant Invitational will continue with its Group B matches, which features the Valorant dev team, Team PUBG, Team Apex Legends, and Team Fortnite.

READ MORE: Riot is offering US$100,000 if you can exploit Valorant’s anti-cheat system