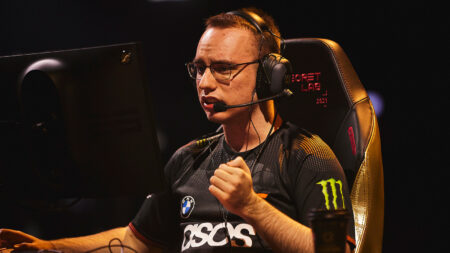 Fnatic’s star duelist Nikita “Derke” Sirmitev has announced that he has tested negative for COVID-19 and will join his team in Iceland for Masters Reykjavik 2022.

The London-based organization initially reported on April 1 that Derke would not be able to travel with the team to Iceland as he was COVID-19 positive. The organization then added KOI player Joona “H1ber” Parviainen as a stand-in, in case Derke was unable to play.

The 19-year-old duelist had been experiencing mild symptoms when he tested positive for COVID-19 on April 1. Fortunately, he recovered after a week, posting an image of a negative COVID-19 antigen test on Twitter.

The negative result was later confirmed by a more accurate lab test, which cleared him to travel to Iceland to join Fnatic for Masters Reykjavik 2022.

Derke was instrumental to Fnatic’s success during VCT EMEA Stage 1 Challengers. The team went undefeated in the group stage with a 5-0 record, with Derke earning the second-highest ACS of 271.8, behind only G2 Esports’ Žygimantas “nukkye” Chmieliauskas.

During the playoffs, Derke was awarded match MVP after Fnatic defeated M3 Champions (the former Gambit Esports) in the upper bracket semifinals, which qualified the European squad for Masters Reykjavik 2022. He earned an ACS of 314 and a 46/33/10 KDA on Split, which went to an epic 10 overtime rounds.

Fnatic will start their VCT Stage 1 Masters Reykjavik campaign in the group stage, where they are set to face Brazilian squad Ninjas in Pyjamas in their opening match.

You can follow the matches on the official Valorant Twitch and YouTube channels when the tournament kicks off on April 10. For a look at the upcoming match schedule, you can check here.