The 10 most legendary Tekken matches of the past decade

From Tekken 6, to Tekken Tag Tournament, to Tekken7, relive the 10 best Tekken matches of the past decade. 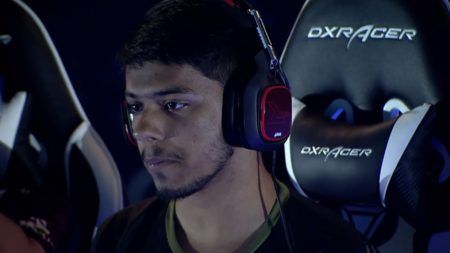 Along with Street Fighter, Tekken has been one of the mainstays of the FGC for the past decade.

Here’s a look back at the ten best matches of the past ten years.

Back in 2010, South Korean Park “Nin” Hyun-kyu took on American player Reepal “Rip” Parbhoo in the Grand Finals of Tekken 6 at Evo 2010.

The match was the first time Western players witnessed the strength of South Korean Tekken, as Nin easily defeated Rip with a 3-0 sweep.

Many fans consider this match the starting point of Korea’s ongoing dominance of the Tekken competitive scene.

At Evo 2013, Tekken Tag Tournament 2 was one of the marquee events of the tournament.

In 2013, Knee was considered unbeatable in Tekken. The Korean pro was the number one ranked player and the Evo champ.

But at Final Round, he met fellow Korean Kim “JDCR” Hyun-jin in the Grand Finals.

JDCR shocked the world when his duo of Heihachi and Armor King swept Knee 3-0, proving that the Tekken God could indeed be beaten.

Before the Tekken World Tour Finals became the last stop on the Tekken World Tour, the world’s top players ended the season by joining the King of the Iron Fist Tournament. In its 2016 iteration, the Grand Finals had an all-Korean showdown with Kang “Chanel” Seong-ho and Choi “Saint” Jin-woo.

The two were on opposite sides of the Korean Tekken scene. Chanel was close friends with Knee while Saint was Echo Fox teammates with JDCR. In this amazing match-up, the two players not only played for themselves but their peers.

Saint eventually won through an amazing reset comeback with a close 3-2 standing. Although Chanel lost by a humiliating robot bodyslam, he was a true sportsman and even wiped away Saint’s joyous tears.

The two Korean Tekken gods clashed again in 2017 at the REV Major.

JDCR’s strategy was simple, as he repeated closed the distance during Knee’s Kenpo Step with his down-2. With this close-range tactic, he forced Knee to duck and worked off that mix-up to initiate counter-hit combos.

JDCR picked up the double-win against Knee in both the Winner’s Finals and the Grand Finals of the tournament, leaving Knee with nothing but respect for his seasoned rival.

Although the two aren’t known for shaking hands after heated finals, Knee finally offered a handshake to the REV Major champ and he graciously accepted.

At the 2017 TWT Finals, Saint faced legendary Korean pro, Son “Qudans” Byeong-mun, who had just come out of semi-retirement.

Qudans played like an absolute devil, rushing Saint with everything he had. Even with Tekken 7’s new Rage Art mechanic, Qudans waited for a hard read at the last second to unleash the deadly move, stealing countless rounds from Saint.

After the reset, Qudans steamrolled through Saint with a 3-1 standing, claiming his first championship win in 10 years.

Popular American pro, Terrelle “Lil Majin” Jackson, went against the legendary JDCR at Evo 2018 and showed the world that American Tekken can still stand up to the Koreans.

While JDCR won the first game, Majin fought back, and took games two and three.

In game four, JDCR looked like he was on the verge of leveling the score after an amazing Rage-Drive comeback, but Majin was able to close out the series with a quick jab punish, completing one of the biggest upsets of the year.

In 2018, Qudans faced a peculiar match-up in the TWT Finals as he went up against up-and-coming Korean Panda-master, Jeong “Rangchu” Hyeon-ho.

Although Panda was considered one of the worst characters in Tekken, her irregular hitbox gave Qudans a hard time in finishing his combos. Pair that with Rangchu’s incredible combo prowess with Panda and there was an upset in the making.

Qudans played his usual aggressive playstyle with Devil Jin, but he ended up whiffing a lot of attacks, giving Rangchu ample opportunity to punish. In the end, a missed tsunami kick spelled the end for Qudans as Rangchu defied the odds and became 2018’s TWT Final champion.

The 2019 CEO: Daytona Grand Finals saw American pro, Hoa “Anakin” Luu, face Knee in what turned out to be one of the best comebacks of the year.

After the switch, it was all Knee as he took round after round. Anakin made a valiant effort in the last game, but it wasn’t enough to stop Knee’s momentum as he completed the reverse sweep, winning 3-2.

Arslan “Arslan Ash” Siddique was the face of 2019 Tekken. Not only did he become the poster-boy of the Pakistani Tekken scene, but he also became the first person to win Evo Japan and Evo in the same year.

Going against Knee in the Evo Grand Finals, the Pakistani prodigy fought the Tekken God with no hesitation. Arslan’s quick and aggressive poking easily took down Knee’s Kazuya in game one. In response, Knee pulled out his rare, yet legendary Devil Jin.

But with the score tied 2-2, Arslan raised his game yet again and crushed Knee in game 5 3-0. No-one had ever made the Tekken God look so mortal before.

READ MORE: All the best plays from the Tekken World Tour Finals