The highly anticipated Winter Update for Tekken 7 has dropped, showing off a couple of cool new practice and data-heavy stat features. The biggest surprise, however, is a Katsuhiro Harada costume.

Any fighter can use the free costume and, not just look like Tekken producer, Mr Harada, but give beat-downs like him too. The costume set — officially called the Bearded Man Set — originally appeared as an April’s Fool joke earlier this year. The costume, which features a change of hairstyle, sunglasses, style (persona), and suit, will give any character that iconic look Harada is famous for.

This unveiling was a big surprise that came at the tail-end of the Winter Update discussion.

As for the other features coming this winter for Season 3, they are: 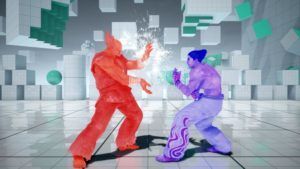 The new updates will roll out in Winter 2019 with more replay and tips functions coming online shortly after. Bandai Namco also confirmed that a new character and stage are being planned for Spring 2020.

More details about these new replay/practice features can be found here.