Qudans returns to SoCal for a Tekken 5 three-peat. 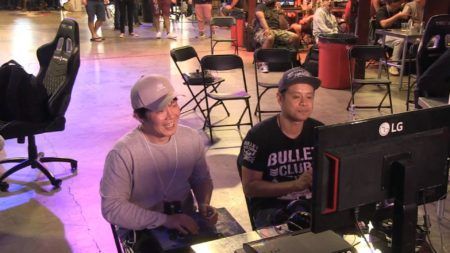 In the final round, he faced off against Anthony “jackie_tran” Tran in an intense back-and-forth affair.

Jackie_tran made great use of Jack’s combo ability, but his defense was not up to par with Qudans’ offense.

With jackie_tran always ducking to block the hellsweep, he fell victim to Devil Jin’s other moves such as Demon Steel Pedal and Wraith Kick. Qudans eventually sealed the championship win with a simple uppercut mix-up and combo.