All the best plays from the Tekken World Tour Finals

The last tournament of the Tekken World Tour was filled with huge combos and crazy comebacks. 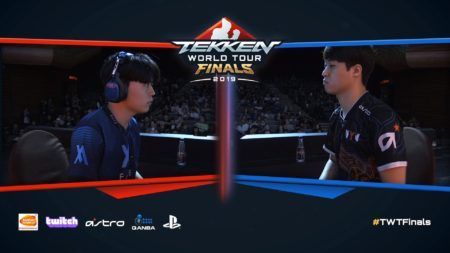 The Tekken World Tour Finals saw the 16 best Tekken players in the world fighting it out for the biggest prize in Tekken.

Yuta “Chikurin” Take took home the gold, defeating Lim “Ulsan” Soo-hoon in the grand finals, but there were plenty of highlights from the one-day tournament.

Shoji “Double” Takakubo is undoubtedly the best Marshall Law player in the world. Against fellow countryman and friend, Chikurin, Double made an amazing comeback with a counter-hit combo and ended the round with a huge ten-hit combo.

Chikurin got his revenge in the last game, closing out the series with a ridiculous combo and follow-up. After catching Double in a meter-burn combo, the Geese player ducked right under Double’s defensive jab and punished him with a simple rising combo.

In this match, Kim “JDCR” Hyun-jin was taking a beating from Hoa “Anakin” Luu, but the Dragunov specialist eventually came back with a simple low-parry.

JDCR instantly took over, landing a Rage Drive Russian Assault and stealing the round with a guaranteed stomp.

Yoon “LowHigh” Sun-woong lived up to his name in this highlight play against Ulsan. Ulsan was able to catch LowHigh in a Rage Art, leaving him with just a pixel of health left. After getting up, LowHigh hit two back-to-back slides, completely stealing the round from Ulsan.

However, Ulsan returned the favor in a later round. With barely any life left, he landed a double-hellsweep that depleted LowHigh’s life-bar.

In this intense match-up, Nobi’s one-of-a-kind ruthless Dragunov proved to be too much for Anakin’s Jack-7. After catching Anakin in an extension beatdown, the two went into a slow-mo clash with Nobi beating Anakin with the kick.

However, in the next game, Anakin got his revenge with a rage-starting punch-trade. Anakin then low-parried Nobi’s down-2 and went berserk on him, taking the game with a comeback Rage Art.

Facing off against TWT rank one player, Jae-Min “Knee” Bae, Chikurin showed off just how deadly his Geese can be. With just one miscalculation from Knee, Chikurin went straight into a meter-burn combo, finishing off Knee with a deadly Rashomon.

Knee got his revenge in the next round. With Chikurin just a round away from a win, Knee worked off a simple jab-trade and dealt serious damage at the wall, stalling Chikurin’s win with a final overhead punch.

In the penultimate series of the TWT Finals, Ulsan showed why he’s considered one of the best young players out there.

Although he was cornered by Knee’s destructive Paul, the Kazumi player eventually came back by initiating a quick Rage-Drive. Ulsan kept the pressure up as Knee tried to get up, ending the round with a simple karate chop.