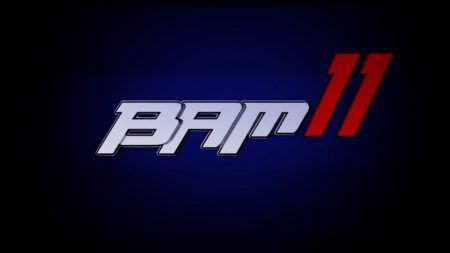 The latest Tekken Masters event took place at Battle Arena Melbourne 11 (BAM) over the weekend, and featured some of the world’s best Tekken players in attendance.

The Grand Finals was a David vs Goliath matchup featuring 2017 Evo champion, and 8-time Tekken 7 Premier Event champion, Kim “JDCR” Hyunjin, going up against underdog Soo-hoon “Ulsan” Lim who, prior to this event, was ranked 85th in the world and had never even placed top 8 in a Tekken Masters event. Additionally, Ulsan was coming from the losers bracket and needed two sets to win against JDCR, who needed just one.

Ulsan had to battle back to the grand finals after losing to Chang-Seop “Rest” Park in the top 16. He went on an incredible run in losers, taking out Tekken World Tour Finals 2018 champion, Jeong “Rangchu” Hyeon-ho in the quarterfinals, 2015 Evo champ, Daichi “Nobi” Nakayama in the semifinals and finally getting his revenge against Rest in the losers finals.

In the first game of grand finals, JDCR’s Armor King started strong, racing out to a 2-0 lead. However, in the third round, he overextended a few too many times trying to finish off Ulsan’s Kazumi, and left himself vulnerable to counterattacks. Ulsan stunned JDCR in the next round, with a perfect round to tie it up 2-2, then took a close third round when JDCR overextended again and left himself open.

The next two games were all Ulsan, who overpowered JDCR with unrelenting pressure and juggle combos. Even with Abandoned Temple as the stage, JDCR couldn’t create any opportunities to use the stage breaks with his grapple combos, and Ulsan took both games 3-0, 3-0, resetting the bracket.

In the final set, with JDCR reeling, and Ulsan playing out of his mind, the first game was over quickly. JDCR had no answer for Ulsan, who kept drawing from his bag of tricks, using unorthodox strategies like a prolonged crouch stance to bait JDCR in, then counterattacking for huge damage, taking yet another 3-0 victory.

In the second game, JDCR recovered his composure and started to play more cautiously. With the game tied 2-2, both players played it safe, trading pokes throughout round 5. The round actually timed out, with Ulsan just managing to tag JDCR with one second left, winning with a tiny health advantage.

JDCR was clearly demoralized by the crushing timeout loss in the second game and made more uncharacteristic mistakes in the third game. Ulsan took advantage and easily cleaned up, winning the third game 3-1, including a perfect to finish it.

You can watch the full grand finals here:

The next Tekken Masters event will be Combo Breaker, held in Illinois, USA from May 24-26.