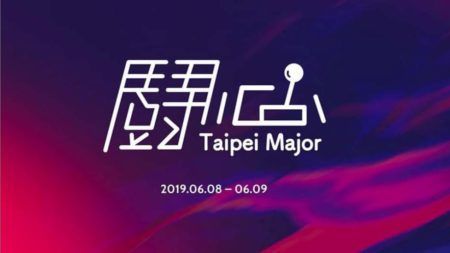 The Tekken 7 Challengers tournament at the Taipei Major ended with Shoji “Double” Takakubo winning the crown, but there were amazing plays throughout the Top 8.

Yoon “LowHigh” Sun-woong showed off his incredible spacing skills in this play, shimmying back then forward to punish Takumi “Noroma” Hamasaki’s low kick to win the round.

With barely any life left, Nopparut “Book” Hempamorn pulled off this electric comeback with Jin. The esteemed Thai national dished out a huge amount of damage with his Rage Drive and a perfectly timed counter hit.

Puma showed off the damage potential of King in this crazy comeback. The ROX Dragon player was able to anticipate Yuta “Chikurin” Take’s slide and hit a huge Rage Drive into an elbow drop, finishing off his opponent with an amazing wall grab.

Although Genki “Gen” Kumisaka was aggressively cornered by Book’s Jin, he was able to perform this miraculous play to take the round. With just a few pixels of life left, Gen was able to beat Book to the punch with his Rage Drive, even performing some post-KO wave-dashes for extra style points.

Noroma snagged two plays on our list for being such a monster with his Rage Art. In both plays, he was able to punish Double’s whiff into a launch and, with no hesitation, went straight into the Rage Art to finish both rounds.

This clip proves that you can never count Chikurin’s Geese out. Although Puma had him pinned throughout the round, Chikurin went berserk at the end with this meter-burn combo and stylishly ended it with Geese’s incredible Deadly Rave.

Double showed off some crazy mind games in the grand finals against Chikurin. Multiple times throughout the match he faked the slide, causing Chikurin to back up. Then, out of nowhere, Double threw out back to back double slides for the win. Well they don’t call him Double for nothing.

SEE ALSO: The best plays from the Taipei Major day 1