Get ready for some late-game meteors with TFT’s newest champ. 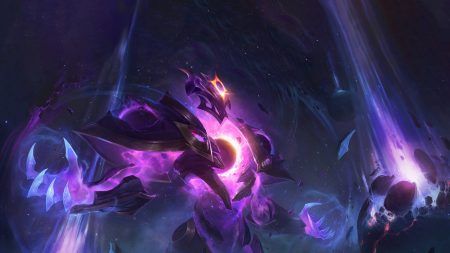 TFT’s newest addition to its space-themed roster is Xerath, a tier-5 dark star sorcerer. His ability, Abyssal Bombardment, transforms Xerath and makes him summon meteors to strike random foes in place of his normal attacks. If Xerath’s meteors kill a target, all adjacent enemies take damage and are stunned for 1.5 seconds. Though he may be a rare champion, he will fit perfectly into the late-game phases of Star Guardian Sorcerer builds.

Riot added some new overpowered increments in a few traits to reward players who hold onto their golden spatulas:

Some low-tier items get significant buffs that substantially increase their worth on the field while everyone’s go-to component Tear of the Goddess receives a slight nerf in its added mana.

TFT has introduced two new Galaxies mechanics, now giving players a 50% chance of getting a special game. Here are the new mechanics:

Riot also tweaked its round system to make it more difficult to ramp up loss-streaks for more gold income. The developers have increased the streak-gold conversion while also lowering the base damage per stage.

For more information about TFT 10.8, you can check out the official patch notes.