Plus six other crazy plays from the Seoul tournament. 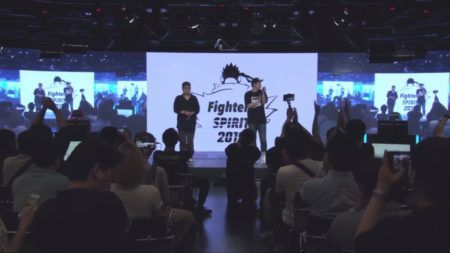 Atsushi “Fujimura” Fujimura may have won the tournament, but there were plenty of other highlights from Fighter’s Spirit 2019.

The highlight of the tournament was this insane combo by Naoto “Sako” Sako, who turned this match against Hyungsuk “Verloren” Kong into a single player game, landing a 40-hit, 20-second combo with a Critical Art to finish it.

This matchup between two Japanese legends was full of crazy moments, but Naoki “Nemo” Nemoto’s Aegis Reflector into a juggle combo into a Critical Art to finish off Hiromiki “Itabashi Zangief” Kumada was the highlight of the match.

After the match, Nemo jumped on the stage, mimicked Urien’s headbutt and then offered Itabashi a handshake.

Keita “Fuudo” Ai’s’ mix-up game is so good he’s capable of making any opponent look like a fool. This time, Joe “MOV” Egami was on the receiving end of this relentless R.Mika beatdown.

MOV showed off why he’s one of the best Chun-Li’s in the world with this huge 34 hit combo.

This sequence had everything. Ryusei “Ryusei” Ito nearly finished off Fujimura with a huge Urien combo into a Critical Art in the corner, but Fujimura was able to counter with his own Fuma Shuriken setup and a beautiful EX command grab to get past Ryusei’s Aegis Reflector.

The comeback of the tournament goes to Fujimura, who absolutely dismantled Gu “QiuQiu” Ran’s Urien with no life remaining. He even landed a sick anti-air to keep Urien in the corner.