Team Bonchan was unbeatable, with all members playing in top form. 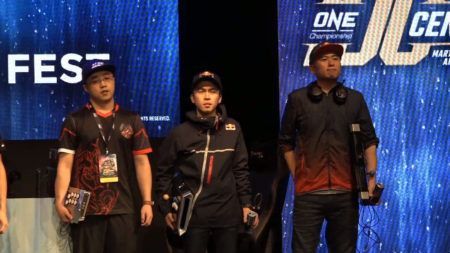 Team Bonchan became the immediate tournament favorite to win the ONE Street Fighter Tokyo Challenge after they defeated Team Korea with a 3-0 score and all members of the team earned one win each.

Next was Gu “Qiuqiu” Ran who pull off an incredible comeback win in the first game against Kung “Verloren” Hyung-suk. Then Qiuqiu was able to clutch out the set using Urien’s V-Trigger activation.

The last set was won by Masato “Bonchan” Takahashi when he defeated Sim “NL” Gun in a dominating final game. Team Bonchan now advances to the Grand Final of the ONE Street Fighter Tokyo Invitational.