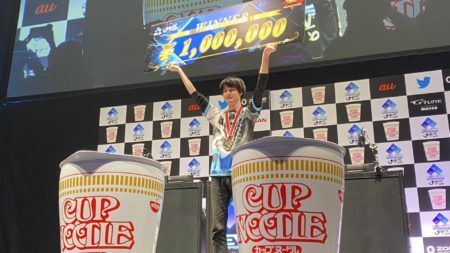 Nauman stormed through the EVO Japan 2020 brackets and reached the Grand Final by sweeping Kenryo “Mago” Hayashi in the Winners’ Final.

Mago then defeated Naoto “Sako” Sako in the Losers’ Final to set up a rematch against Nauman in the Grand Final.

Nauman showcased his amazing character knowledge of Sakura by pushing Mago to the opposite side of the stage with the use of her new V-Skill II: Haru Hayate.

However, Mago stopped Sakura’s momentum by clutching out two straight rounds to tie up the score at 1-1.

Mago eventually reset the bracket with a surprise reset combo in the corner.

After regrouping after for the reset, Nauman took more risks with double-dash throw plays that had Mago focusing on defense.

This caused Nauman to go for more throws as he won two quick rounds to start the second set.

Up 2-0, Nauman closed out the tournament with a clutch comeback win and a near-perfect round.

Evo Japan was not part of the Capcom Pro Tour, and no CPT points were on the line.

READ MORE: The 10 most legendary Street Fighter matches of the past decade