The company said there will be a conflict of interest with their own game, Granblue Fantasy Versus. 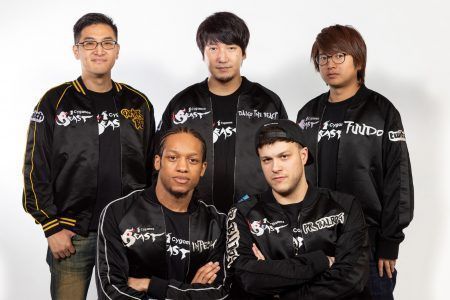 The team was dropped due to Cygames launching Granblue Fantasy Versus, a fighting game that it hopes will rival Street Fighter V as an esport. The company stated in a press release that it believes that being both game developers and sponsors could raise a conflict of interest down the road.

“Under these circumstances, continuing to sponsor players could lead to conflicts or disturbances to the players’ future activities which would go against our said goal of supporting them and the fighting game community as a whole,” Cygame’s statement explained.

Daigo has released a own statement via Twitch stream, which was translated by YouTube channel FGC Translated.

In the video, Daigo says that some of the players will be unable to attend Capcom Pro Tour tournaments without sponsorship. He mentioned feeling worried about Infexious in particular, because “it would be such a waste of his talent.”

Daigo disclosed that Cygames had informed him back in January that they would no longer be sponsoring the team, but there were already rumblings even before then.

“I will work on this issue. But I want the team to continue going forward,” said Daigo. “So, don’t worry about it. Don’t worry about Infexious. The person who will be working on this is Shino-san (Cygames Beast’s manager).”