Capcom Cup 2019: Everything you need to know about the biggest Street Fighter V tournament of the year 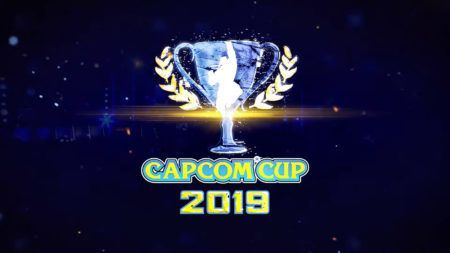 The Capcom Pro Tour 2019 comes to an end this weekend with the Capcom Cup 2019, the biggest prize in Street Fighter V.

This year’s tournament will be held at the Novo Theatre in Los Angeles, California, from December 13-15.

32 of the world’s best players from around the world will compete for a US$250,000 prize pool and a special Champion’s Choice costume for their chosen character.

The top 26 players on the CPT global leaderboard have automatically qualified for the tournament.

In addition, the winners from the four Regional Final tournaments — North America, Europe, Latin America, and Asia — are automatically qualified for the tournament. If one of the Regional winners is already in the top 26, their spot goes to the next highest-ranked player from their region.

The final two spots are reserved for last year’s Capcom Cup champion — Tsunehiro “Gachikun” Kanamori — and the winner of the Last Chance Qualifier Tournament, which will take place on December 14.

Punk is the number one ranked played on the 2019 CPT leaderboard. He’s had a dominant year, winning four CPT Premier events: Final Round, The Mixup, Combo Breaker, and First Attack.

Punk is perhaps the most motivated player out of all the competitors for this year’s Capcom Cup. He’s been considered one of the favorites to win for the past two years, but has yet to add the Capcom Cup title to his mantle.

Bonchan is in second place of the CPT leaderboard and separated himself from the rest of the competition by winning EVO 2019.

Bonchan picked up steam in the middle of the season by winning four straight tournaments in a row, taking home the trophy at CEO, VSFighting, EVO, and Celtic Throwdown, along with his first tournament win of the season during Versus Masters in Singapore.

He won the NorCal Regionals early in the 2019 season, then won the Game Over event in the Dominican Republic, with his last tournament win a month ago at the Canada Cup.

Tokido was able to climb all the way up to a third-place ranking as one of the few people who mains Akuma. The only other Akuma player who will be participating at Capcom Cup 2019 is Sim “NL” Gun.

Fuudo has managed to earn a fourth-place ranking in the CPT leaderboard. He has consistently made his way to multiple Top 8 brackets, including a first-place finish at the SEA Major.

Hotdog29 is one of the best SFV players in the circuit right now. He’s catapulted himself to fifth place on the CPT leaderboard by winning the PPL Fighter Masters and North American Regional Open.

Fujimura is ranked sixth in the CPT leaderboard. He won the FX x SEA Major, Taipei Major, and Fighter’s Spirit.

Big Bird climbed all the way to seventh place in the CPT leaderboard by winning back to back tournaments at the EGX European Regional Open and Final.

Big Bird was also the EVO 2019 runner-up and the Fight Club NRW champion.

Gachikun will be returning to the Capcom Cup 2019 as the reigning champion. In last year’s grand finals, he defeated Horimiki “Itabashi Zangief” Kumada.

As three of the four Regional Final winners — Fujimura, Big Bird, and NuckleDu — are already qualified for the Capcom Cup through their ranking on the Global leaderboard, their Regional Final spots are passed to the next highest-ranked player from their respective regions outside of the Top 26.

Raphael “Zenith” Puglielli won the Latin America Regional Finals, and is currently outside the top 26, so he will be using his direct qualification to enter the tournament.

This year’s Capcom Cup will have 14 players from Japan, six players from North America region, six from Europe, four from South East Asia, and one Latin American player.

You can watch the Capcom Cup 2019 live at Capcom Fighter’s official Twitch channel.