A Rocket League spinoff is coming to mobile

Now you can play car soccer on the go. 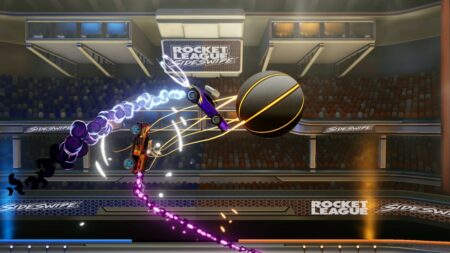 As the title suggests, Rocket League Sideswipe is set on a wider, much simpler side-scrolling perspective with the same rules as its predecessor — football, but with rocket-powered cars. Games can be played in a 1v1 or 2v2 setting and only last for a maximum of two minutes to keep up with the mobile platform’s fast-paced nature.

Psyonix promises that there’s something for both new and existing Rocket League players in Sideswipe. It offers fresh new mobile controls and advanced mechanics for those who are looking into climbing the Competitive Ranks.

Players living in Australia and New Zealand can participate in Rocket League Sideswipe’s limited-time Regional Alpha test which starts March 24. The game will add more regions to its testing program in the next months to come.

Rocket League Sideswipe is set for a worldwide launch later this year for free on Android and iOS devices.

You can check out some alpha gameplay here: