Stand in the gas cloud for heals? I think I’ll just die. 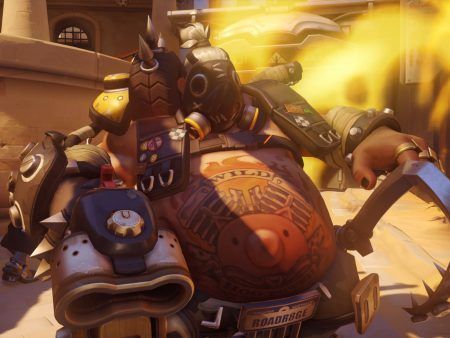 Triple Damage drops the standard 2-2-2 role lock in favor of a 1-3-2 comp, where teams are composed of one tank, three damage dealers, and two support players. Blizzard is playing around with this idea to see if it can improve queue times for damage players.

To make solo tank compositions more sustainable in Triple Damage, every tank has received buffs, with the most drastic changes coming to off-tanks, to put them on par with more traditional Main Tanks.

Take a Breather now heals allies by leaving a suspicious-looking cloud behind when used. Any allies in the cloud gain 25 health per second and receive 25% less damage.

Zarya gets 100 more health in the form of shields, and the cooldown on her personal barrier has been reduced to eight seconds.

She also gets an adjusted armor-to-health ratio, and now has 400 armor and 200 health, instead of 400 health and 200 armor, which should make her tankier.

Changes for the four Main Tanks aren’t quite as drastic.

Orisa’s Protective barrier cooldown has been reduced to 8 seconds, and her barrier health has been buffed to 900.

Winston now has 200 more armor, giving him 600 total health, and the cooldown on his Barrier Projector has been reduced from 13 seconds to 10 seconds.

To see all of the hero balancing changes made for Triple Damage, click here.

To be clear, these character tweaks are exclusive to the Triple Damage experimental card and will not appear in standard competitive, arcade, or quick play game modes.

The new mode is intended to give players a chance to test and give feedback on fresh and innovative ideas that the Overwatch dev team constantly cook up in their labs.

You can try Experimental Mode yourself through a new card in the Play Menu.

These tweaks are not intended to be taken as previews for any permanent changes to the game — unless players love it enough to demand it through their feedback.