Will any country be able to beat three-times winner South Korea this year? 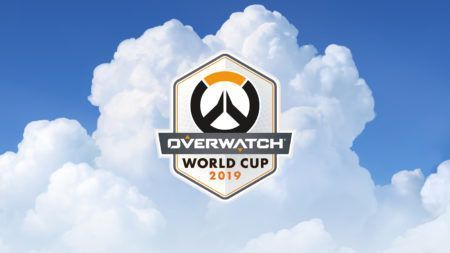 The Overwatch World Cup is back, and is taking place at Blizzcon in Anaheim once again.

The annual international competition for Blizzard Entertainment’s popular hero-based shooter will be returning for its fourth edition in November later this year, the developer announced. It will take place after the current Overwatch League season concludes in September.

Nations will again battle for supremacy, hoping to dethrone three-times winner South Korea, even as the country is looking to continue its dominance in the scene.

This time, instead of being spread across four countries before its grand finals at Blizzcon as in previous years, the 2019 World Cup will have three stages all taking place in the conference.

However, there will be preliminary rounds that will take place prior to the start of Blizzcon, letting aspiring teams battle it out for one of the five spots available for open qualifier nations in a single-elimination bracket.

All national teams will be able to participate in the preliminary round, but Blizzard clarified that they will only pay for the travel expenses for the 10 highest-ranked teams based on its World Cup ranking system.

“To create the chance of seeing more nations represented at BlizzCon, we’re happy to announce a tournament structure that will offer opportunities for all eligible countries to form teams to challenge for their right to play in the onsite Group Stage,” said Blizzard.

Five teams that qualify from the open qualifiers will meet the top five ranked teams in the World Cup ranking system in the World Cup’s group stage, which will commence on Blizzcon’s opening day on November 1.

The six teams with the best records from the group stage will then advance to the single-elimination playoff bracket and grand finals, to be held in the BlizzCon Arena on the next day.

The national teams will be built through national committees that will start being established by next month. The committees will then hold player tryouts to determine the representatives of their respective countries in July.

For more details on the 2019 Overwatch World Cup and how to get involved in it, be sure to check out Blizzard’s official announcement.