Tank barriers are now significantly weaker, but hero armor has been given a buff. 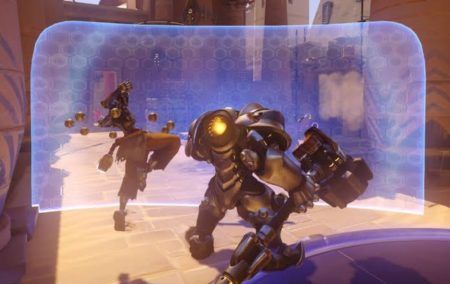 The latest patch to hit the Overwatch Play Test Realm (PTR) looks to be changing things up.

In particular, barriers have gotten nerfs across the board and there are now new game modes to help players pass the time while queuing up for matches.

In line with these changes, hero armor has been made stronger as their damage reduction has been increased from three to five damage reduced per point of armor.

“This is a significant change to the pace of the game and we’ll be monitoring these heroes closely to ensure they retain impactful gameplay in the tank role,” said Blizzard in the patch notes.

To make up for their barriers being weakened, Blizzard improved the affected heroes in other areas.

Sigma had his Kinetic Grasp ability improved, as its damage-to-shield gain ratio was increased from 40% to 60% and its cooldown was reduced from 13 seconds to 10 seconds. Meanwhile, the movement speed penalty for Reinhardt when Barrier Field is up has been reduced from 50% to 25% and the knockback resistance from his Steadfast passive ability has been increased from 30% to 50%.

The other major change coming with the PTR patch is the new “While You Wait” feature, which replaces the current Skirmish pregame sparring session.

When in the queue, players will now be prompted to pick, if they want to, between the following game modes:

While this new feature is optional, it should spice up the time players spend queuing in between matches.

Alongside those major additions, other heroes also had some of their abilities tweaked.

Moira’s Biotic Grasp had its healing reduced from four to 3.25 (80 HP/s to 65 HP/s), as Blizzard thought it was too strong due to its ability to heal multiple targets. Zarya’s secondary fire, Particle Cannon, had its explosion radius increased from two to 2.5 meters and ammo cost decreased from 25 to 20. Genji also had the ammo count for his Shuriken increased from 24 to 30.

Ability cooldown changes have also been made across the board, with D.Va’s Defense Matrix reverted from two seconds to 1.5 seconds and Torbjörn’s Overload decreased from 12 to 10 seconds, while Widowmaker’s Grappling Hook increased from 10 to 12 seconds.

With Overwatch 2 announced by Blizzard earlier this month, players can expect the current Overwatch meta to be shifted to a new direction in anticipation of the release of the game’s next installment.