Echo’s skins have been revealed on the Overwatch PTR

Move aside Mercy, there’s a new Moth in town. Echo has four Legendary skins: Camo, Stealth, Butterfly, and Moth which each cost 1,000 gold to unlock. 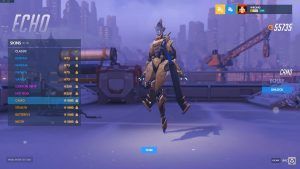 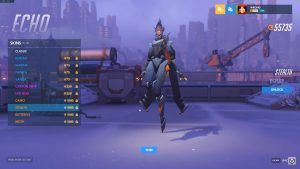 As befitting their names, the Camo and Stealth skins give Echo a more military-style, and make her look more like a fighter jet. 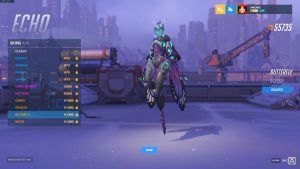 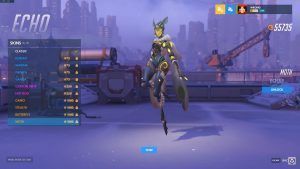 Echo’s Butterfly and Moth skins, literally make her look like a butterfly and moth, with her wings transformed to resemble the flying insects. Butterfly comes in purple, gray, and teal colors with an intricate design on her wings while Moth appears in yellow, green, and white shades with a simpler wing motif. 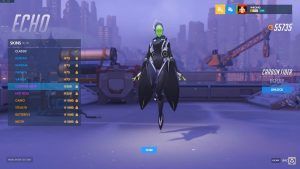 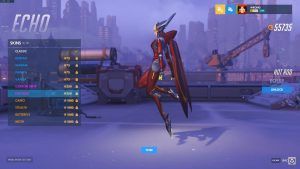 Echo also has two Epic skins which cost 250 gold each. Carbon Fiber is a standard epic skin for many Overwatch characters and boasts a sleek black and green color scheme, while Hot Rod gives her a flashy red suit with a yellow face. 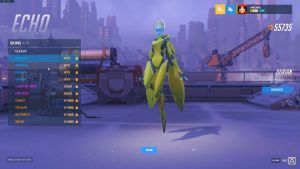 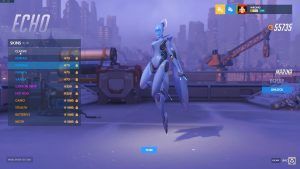 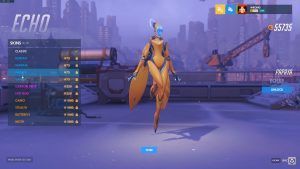 As a nod to her creator’s Singaporean origins, Echo’s rare skins all reference the island nation: Durian (yellow), Marina (light purple), Papaya (orange), and Vanda (pink). Vanda is a reference to the Vanda Miss Joaquim, which is the national flower of Singapore. Each skin is priced at 75 gold.

Aside from the skins, other cosmetics are also available for testing on the PTR including Echo’s emotes, victory poses, voice lines, sprays, highlight intros, and golden weapon.

Echo is expected to roll out of the PTR and live into the game soon this month.