The leading basketball video game has been shattering records since its debut. 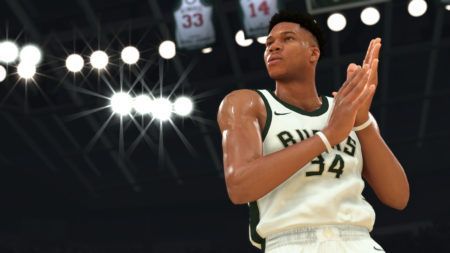 While it may still be a few days until the 2019-20 NBA season officially tips off in the real world, the video game world has already crowned NBA 2K20 as the year’s best-selling title. Market research company The NPD Group recently revealed September 2019 data covering the US video game market, citing NBA 2K20 as the top-selling video game not only for the month but for the entire year-to-date.

Launched on September 6, 2019, NBA 2K20 raised the bar for the highest launch month sales ever among sports video games. The previous record holder was last year’s NBA 2K19. (The NPD Group has yet to reveal the actual sales figures for the title, however.)

Take-Two Interactive also scored another win in Borderlands 3, as the co-op shooter notched the second biggest launch of September.

The NPD Group added that September was a good month for sports games in general. Electronic Arts’ FIFA 20, Madden 20, and NHL 20 all made the month’s top 10 best-seller list.

Interestingly enough, NBA 2K20 might surprise you with an “overwhelmingly negative” public reputation — at least, if you only look at its user reviews. On the digital video game store Steam, NBA 2K20 has nearly 3,700 user reviews, 85% are resoundingly negative.

Steam250.com, a website that compiles gamer reviews, reveals that NBA 2K20 is the second-worst video game title on Steam. Even worse, it’s the only 2019 game release in the site’s bottom 30 list.

Many can argue that NBA 2K20 has been subject to review bombing, primarily due to players’ frustration with the game’s built-in microtransaction systems. Others have complained about the lack of major improvements in the core gameplay experience.

Poor user ratings have been the trend for the popular basketball video game series over the previous three years, with NBA 2K17 being the last title in the franchise to garner some semblance of positive public reception.

Whether the heavy critiques against the game are merited, reasonable, or unfair is subject to debate. But if the astounding sales numbers say anything, they seem to suggest that no matter how hard some people try to trash a game through reviews, real fans will still put their money on games that they enjoy playing.

NBA 2K20 is available now for the PC, PlayStation 4, Xbox One, and Nintendo Switch platforms.