One of the OGs has returned to the squad. 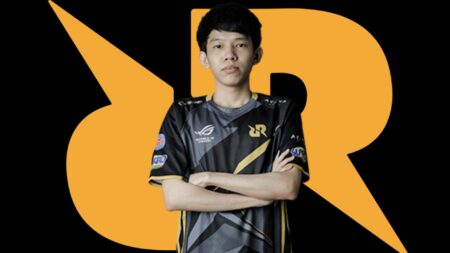 William “Liam” Setiawan, one of the original members of the old RRQ Hoshi squad of season two, is making a comeback, and will don the RRQ Liam tag once again for MPL ID Season 8.

When he arrived, he opened a letter welcoming him back with a note at the bottom that read, “We believe you still have the fire in you.”

He was one of the main factors of RRQ Hoshi’s success up until the middle of Season 6 when he made a hard decision to take a break from the competitive MLBB due to an illness.

Despite numerous roster changes and being benched numerous times, he remained a constant member of the King of Kings squad.

RRQ Liam’s arrival comes after the organization bowed out early in MPL ID S7 playoffs, prompting RRQ CEO Andrian Pauline to release all its current players and run a trial where everyone has to earn their spot once again in the main roster.

RRQ Hoshi mainstays Firm Priest “Psycho” Firdaus and Rivaldi “R7” Fatah were the next two members to earn their spot.

According to the series of videos posted on their YouTube page, their sixth man has yet to be revealed.