Second in line, and definitely not the last. 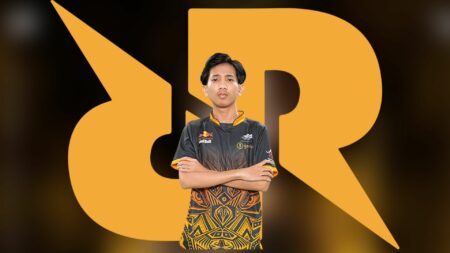 Another RRQ Hoshi member has been revealed.

Former Genflix Aerowolf’s Deden “Clay” Mohamed will now don the name of RRQ Clay, becoming the second player to be officially part of the team after it announced its plans to revamp its entire roster.

The official announcement on RRQ Clay

“This Support from Bogor used to play in Genflix Aerowolf and now will lend his strength to RRQ Hoshi in the coming MPL Season 8,” RRQ wrote.

Clay is known for his explosive plays on offensive mages such as Luo Yi, Selena, and Lunox, and was a big factor in Genflix Aerowolf’s deep playoff run last season.

RRQ Hoshi is starting from scratch

After bowing out early in the MPL ID S7 playoffs, RRQ CEO Andrian Pauline said that he has taken everyone out of the official lineup, including the veterans, and will start anew by holding open trials.

So far, the only members who have been confirmed for next season are RRQ Clay and Albertt: