Alter Ego Esports is the second Indonesian team to qualify for the MPL Invitational playoffs. 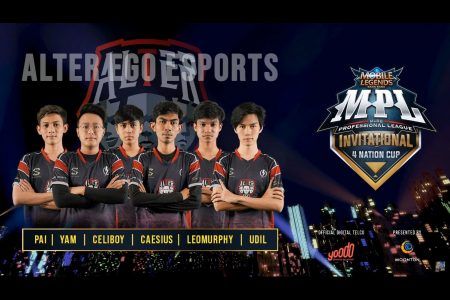 The MPL Invitational has wrapped up the final day of Group B qualifiers, with Alter Ego Esports clutching an emphatic win over EVOS SG. With new addition Udil on their line-up, the Indonesian team stuck with their hyper-aggressive playstyle and swept EVOS SG in the last match of the day.

Celiboy was AE’s main star throughout the first game of the series. Though AE’s botlane of Yam and Pai shared a fair amount of the kill-count, Celiboy drove the offensive game to the max with tower-diving double-kills that stunned EVOS’ defensive efforts. By the final minute, AE ambushed half of EVOS SG in the jungle and scored a quick wipeout to finish game one in style.

AE kept their momentum up in game two with a more balanced share of the kills. Even with EVOS SG playing safely on their side of the map, Yam and Celiboy easily slashed through the lanes to initiate scrappy skirmishes.

Udil eventually sealed the series win by sacrificing his life for a maniac wipeout. With no one left to defend, the rest of AE stormed the base inhibitor and closed out the game by the ten-minute mark.

With the impressive sweep, Alter Ego has secured a spot in the lower bracket of the MPL Invitational playoffs, facing off against fellow Indonesian team Onic Esports.